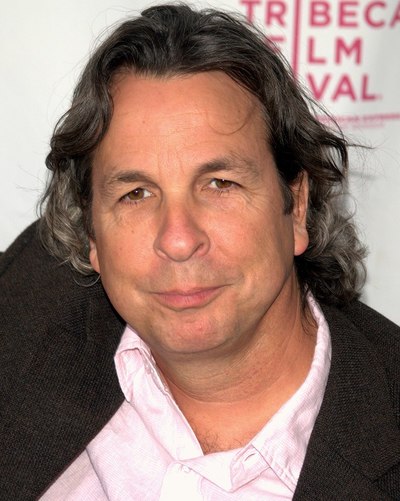 Peter John Farrelly (born December 17, 1956) is an American film director, screenwriter, producer, and novelist. Along with his brother Bobby, the Farrelly brothers are mostly famous for directing and producing quirky, slightly offensive comedy and romantic comedy films such as Dumb and Dumber, Shallow Hal, Me, Myself and Irene, There's Something About Mary, and the 2007 remake of The Heartbreak Kid. On his own in 2018 Farrelly co-wrote and directed the comedy-drama Green Book, which won the Audience Award at the Toronto Film Festival in 2018. For his work on the film he won the Golden Globe Award for Best Screenplay and earned Academy Award nominations for Best Picture and Best Original Screenplay.

Farrelly was born in Phoenixville, Pennsylvania, to Mariann (Neary), a nurse practitioner, and Robert Leo Farrelly, a doctor. His grandparents were Irish immigrants. He was raised in Cumberland, Rhode Island. He graduated from Kent School in 1975 and from Providence College.

Farrelly decided to pursue writing full-time, which prompted him to quit his job and relocate to Cape Cod, Massachusetts where he got a job as a waiter. On one of the tables he was waiting, Farrelly struck up a conversation with a writing professor from UMass Amherst, who encouraged Farrelly to apply to graduate school. Farrelly said he did not think his chances were good, considering he did poorly in college but the professor said not everything is judged by grades. With what would later be Outside Providence, Farrelly submitted the work and was pleasantly surprised that he was accepted. He studied writing for a time at UMass Amherst, but was ultimately dissatisfied with the program, and transferred to Columbia University in New York City, which Farrelly said he found very satisfying. He later became interested in screenwriting, which led him to directing. He made this career decision after many of his screenplays sold, but were not produced.

Together with his brother, Bobby Farrelly, he has written, directed, and produced several comedy films including There's Something About Mary, Dumb and Dumber, Kingpin, Shallow Hal, Me, Myself & Irene, Stuck on You, and Fever Pitch. They also conceived the Seinfeld episode "The Virgin" (4.10).

Peter worked on a film entitled, Movie 43, which was released in 2013 and produced by the siblings' long-time producer Charles B. Wessler. He produced the anthology film and directed two of its segments.

In 2012, Peter and his brother announced that the filming of Dumb and Dumber To would begin in 2013. The film was released on November 14, 2014 to negative reviews.

In 2016, Audience announced that Loudermilk, a new half-hour scripted comedy co-created by Farrelly and Bobby Mort, would receive a straight-to-series order. In 2018, the show was renewed for season 2.

He is a published novelist, with works including Outside Providence and The Comedy Writer.

Farrelly is a board member of Direct Sports Network (formerly DeskSite). He lives in Los Angeles, while Bobby remains in Massachusetts.