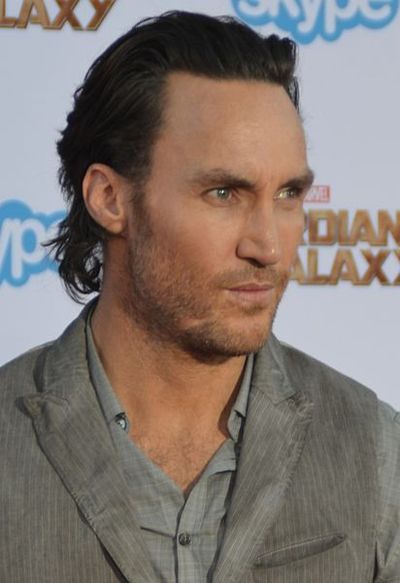 Callan Francis Mulvey (born 24 February 1975) is a New Zealand-born Australian actor. He is best known in Australia for his roles as Mark Moran on the Australian drama Underbelly, Sergeant Brendan 'Josh' Joshua in Rush, and as Bogdan 'Draz' Drazic in Heartbreak High. His American roles include Syllias in 300: Rise of an Empire, and Jack Rollins in Captain America: The Winter Soldier (2014).

Mulvey was born in New Zealand, and is of Maori and Scottish heritage. His family moved to Sydney, Australia when he was eight years old.

Mulvey was injured in a serious car accident in 2003, in a head-on collision at 100 km/h. He was trapped in the vehicle for almost an hour until he could be freed from the wreckage. The midsection of his face collapsed, an incision was made from ear to ear over the top of his scalp, his face "pulled down" and 17 titanium plates were then inserted to repair the fractures to his face and jaw. His left knee and ankle were also badly fractured.

In 2004 he re-entered the spotlight for the release of Thunderstruck.

He starred in the 2008 Australian underworld crime show Underbelly as Mark Moran, and appeared in police series Rush as Sgt. Brendan "Josh" Joshua.

In 2012 he starred in the underworld crime miniseries Bikie Wars: Brothers in Arms as Mark Anthony "Snoddy" Spencer.

In 2013 he appeared in Kathryn Bigelow's Zero Dark Thirty as Saber. He also starred in the The Turning, directed by Robert Connelly.

In 2014 he appeared in 300: Rise of an Empire as Syllias. Also in 2014 he also appeared in Captain America: The Winter Soldier as Jack Rollins.

In 2014 he starred in the Katie Holmes black comedy Miss Meadows as Skylar. Following this, he then starred as Jack Taylor in Kill Me Three Times along with Sullivan Stapleton (who he previously worked with on 300: Rise of an Empire), Teresa Palmer, Simon Pegg, Alice Braga and Brian Brown.

In 2014 he is stars in the Blumhouse thriller Home.

In April 2014, Mulvey was cast in an unspecified role for Batman v Superman: Dawn of Justice.

Mulvey was in a relationship with his Heartbreak High co-star Lara Cox for several years.

In July 2010 it was announced Callan had become engaged to Rachel Thomas. They married in November 2010.