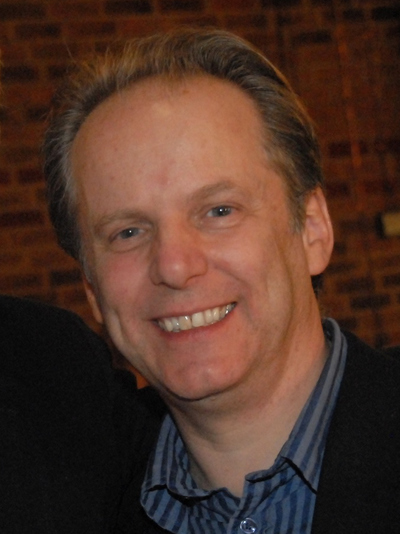 Nicholas Wulstan Park, CBE (born 6 December 1958) is a director, writer and animator, best known as the creator of Wallace and Gromit and Shaun the Sheep. Park has been nominated for an Academy Award a total of six times, and won four with Creature Comforts (1989), The Wrong Trousers (1993), A Close Shave (1995) and Wallace & Gromit: The Curse of the Were-Rabbit (2005).

He has also received five BAFTA Awards, including the BAFTA for Best Short Animation for A Matter of Loaf and Death, which was also the most watched television programme in the United Kingdom in 2008. His 2000 film Chicken Run is the highest-grossing stop-motion animated film.

For his work in animation, in 2012, Park was among the British cultural icons selected by artist Sir Peter Blake to appear in a new version of Blake's most famous artwork—the Beatles' Sgt. Pepper's Lonely Hearts Club Band album cover—to celebrate the British cultural figures of his life.

Park was born in Brookfield Park in Preston, Lancashire in the north west of England, to Mary Cecilia Ashton (born 1930), a seamstress, and Roger Wulstan Park (1925–2004), an architectural photographer. The middle child of five siblings, Park grew up on Greenlands Estate; the family later moved to Walmer Bridge, where his mother still resides. His sister Janet lives in Longton. He attended Cuthbert Mayne High School (now Our Lady's Catholic High School).

He grew up with a keen interest in drawing cartoons, and as a 13-year-old made films with the help of his mother and her home movie camera and cotton bobbins. He also took after his father, an amateur inventor, and would send homemade items like a bottle that squeezed out different coloured wools in to Blue Peter.

He studied Communication Arts at Sheffield City Polytechnic (now Sheffield Hallam University) and then went to the National Film and Television School, where he started making the first Wallace and Gromit film, A Grand Day Out.

In 1985, he joined the staff of Aardman Animations in Bristol, where he worked as an animator on commercial products (including the music video for Peter Gabriel's "Sledgehammer", where he worked on the dance scene involving oven-ready chickens). He also had a part in animating the Pee-wee's Playhouse, which featured Paul Reubens.

In 1990, Park worked alongside advertising agency GGK to develop a series of highly acclaimed television advertisements for the "Heat Electric" campaign. The Creature Comforts advertisements are now regarded as among the best advertisements ever shown on British television, as voted (independently) by viewers of the United Kingdom's main commercial channels ITV and Channel 4.

Two more Wallace and Gromit shorts, The Wrong Trousers (1993) and A Close Shave (1995), followed, both winning Oscars. He then made his first feature-length film, Chicken Run (2000), co-directed with Aardman founder Peter Lord. He also supervised a new series of Creature Comforts films for British television in 2003.

His second theatrical feature-length film and first Wallace and Gromit feature, Wallace & Gromit: The Curse of the Were-Rabbit, was released on 5 October 2005, and won Best Animated Feature Oscar at the 78th Academy Awards, 6 March 2006.

On 10 October 2005, a fire gutted Aardman Animations' archive warehouse. The fire resulted in the loss of most of Park's creations, including the models and sets used in the movie Chicken Run. Some of the original Wallace and Gromit models and sets, as well as the master prints of the finished films, were elsewhere and survived.

Park's most recent work includes a United States version of Creature Comforts, a weekly television series that was on CBS every Monday evening at 8 pm ET. In the series, Americans were interviewed about a range of subjects. The interviews were lip-synced to Aardman animal characters.

In September 2007, it was announced that Nick Park had been commissioned to design a bronze statue of Wallace and Gromit, which will be placed in his home town of Preston. In October 2007, it was announced that the BBC had commissioned another Wallace & Gromit short film to be entitled Trouble at Mill (retitled later to A Matter of Loaf and Death).

Nick Park studied at Preston College, which has since named its library for the art and design department after him: the Nick Park Library Learning Centre. He is the recipient of a gold Blue Peter badge.

By the beginning of 2010, Park had won four Academy Awards, and had the distinction of having won an Oscar every time he had been nominated (his only loss being when he was nominated twice in the same category). This streak ended in the 2010 Oscars when Wallace & Gromit: A Matter of Loaf and Death failed to win the best animated short Oscar.

Park had his first acting role in February 2011, voicing himself in a cameo on The Simpsons episode "Angry Dad: The Movie". The fictional Park's new Willis and Crumble short, Better Gnomes and Gardens, is a send up of Wallace & Gromit: Curse of the Were-Rabbit, with animations produced by the Chiodo Bros. Lisa Simpson has the following short exchange with Park:

Lisa: Good luck, Mr. Park. There'd be no shame in losing to you.

Park: Oh, that's very sweet of you. Thank you for saying so. (After shaking hands, Park's fingers come off.)

In the end of 2011, Park directed a music video for "Plain Song"—a song by Native and the Name, a Sheffield band led by Joe Rose, the son of an old university friend. The video was filmed at Birkdale School, Sheffield, and Park also selected the track as one of his Desert Island Discs when he went on the show in 2011, which led to suggestions that Park was using his fame to give a friend a leg up in his career. Park denied these claims, insisting it had become one of his favourite songs. The song and video can be found on YouTube.

In April 2013, Park was involved in the British stage adaptation of Hayao Miyazaki's animated film, Princess Mononoke. He was the executive producer of Shaun the Sheep Movie and he also voiced himself in a cameo.

For 2018, he is directing another Aardman Animations stop-motion film, titled Early Man. Set in the time of giant ground sloths and mammoths, it will tell a story of a caveman who unites his tribesmen against a mighty enemy, while unintentionally inventing football.

The Daily Telegraph remarked Park has taken on some attributes of Wallace, just "as dog owners come to look like their pets", overexpressing himself, possibly as a result of having to show animators how he wants his characters to behave He is a fan of The Beano comic, and guest-edited the 70th-anniversary issue dated 2 August 2008. He also contributed to Classics from the Comics at the same time, picking his favourite classic stories for the comic reprint magazine's new Classic Choice feature.

His film-making ideas were encouraged by his old English teacher; however, Park has denied that the character of Wallace was based on him. Park married Mags Connolly at the Gibbon Bridge Hotel near Chipping on 16 September 2016.