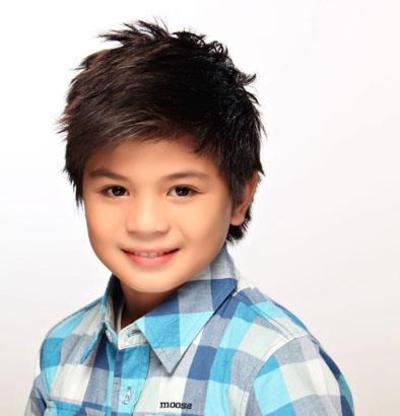 Rogel Kyle Cariño Jr., better known as Bugoy Cariño, is a Filipino child actor. He joined Star Circle Kid Quest, a television search for young talented kids, in 2009 and emerged as the winner. Since then, he has appeared in numerous television shows, films, and endorsed several local brands in the Philippines.

At an early age of 4, Cariño has been into dancing. He has joined several dance contests in different barangays, and has been a member of a local hip hop dance crew, Higher Level. With his prowess in dancing, this has enabled him to appear in numerous commercials.

In 2009, he joined the third season of ABS-CBN's Star Circle Quest who were hosted by Ai-Ai de las Alas and Ruffa Gutierrez. At the end of the competition, he was proclaimed as the winner of the said search.

After winning the child artist search, he became a regular cast of the award winning children gag show, Goin' Bulilit. Since then, he had appeared in several shows in ABS-CBN. In 2012, he starred as the main protagonist in E-Boy.