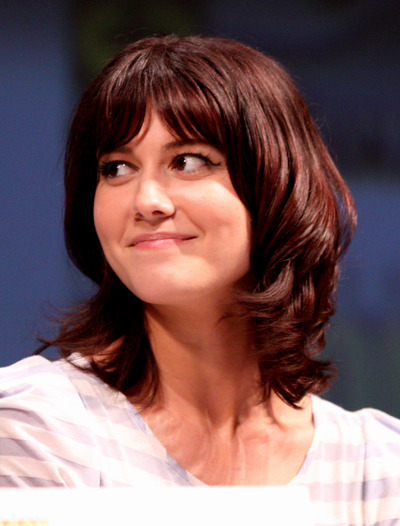 Mary Elizabeth Winstead (born November 28, 1984) is an American actress and recording artist. Winstead is known for her scream queen roles in the horror films Final Destination 3, Death Proof, The Thing, and Abraham Lincoln: Vampire Hunter, but has also branched out to other genres, including as John McClane's daughter Lucy in Live Free or Die Hard & A Good Day to Die Hard, Ramona Flowers in the comic-to-film adaptation of Scott Pilgrim vs. the World and as an alcoholic who struggles through sobriety in the Sundance-selected film Smashed.

Her singing career started in 2013, with her album collaboration with Dan the Automator.

The youngest of five children of James Ronald and Betty Lou (née Knight) Winstead, Winstead was born in Rocky Mount, North Carolina. Winstead's grandfather was a cousin of actress Ava Gardner. Winstead was only five years old when her family moved to Sandy, Utah, a Salt Lake City suburb. As a girl, Winstead attended Peruvian Park Elementary, where she excelled academically and attended advanced classes. A talented dancer and singer, Winstead studied dance in a Joffrey Ballet summer program in Chicago, Illinois and was also a member of the International Children's Choir. During her youth, Winstead initially hoped to pursue a career as a ballerina and appeared in local ballet productions. As she entered her teens Winstead was forced to quit ballet due to her height. She later stated "I realized pretty early on that I was already too tall by the time I was 13... You know, your body has to stay that way for your entire life, and it's pretty hard on your muscles and your bones". Realizing that her career as a ballerina was unlikely, Winstead turned to acting instead; as she was still a teenager at the time, this required her to be homeschooled through most of high school.

After leaving ballet to pursue an acting career, Winstead first appeared on Broadway during Donny Osmond's successful run of Joseph and the Amazing Technicolor Dreamcoat. After her brief stint in Broadway, Winstead began making appearances in various television series and earned guest roles in Touched by an Angel and Promised Land. She gained her first major role when she was cast as Jessica Bennett in the NBC soap opera series Passions. In 2005 Winstead played a minor role in the indie comedy Checking Out. Winstead gained a much larger role later that year as the main antagonist of the Walt Disney Pictures film Sky High. The film, also starring Kurt Russell, Kelly Preston, Michael Angarano and Danielle Panabaker, was well-received by critics, and fared well at the box office.

In 2010, Winstead co-starred opposite Michael Cera in the comic-book adaptation Scott Pilgrim vs. The World, under the direction of Edgar Wright. The film sported an ensemble cast that includes Chris Evans, Brandon Routh, Anna Kendrick, Jason Schwartzman, Kieran Culkin, Aubrey Plaza and Johnny Simmons. Filming occurred from March to August 2009. For her role, Winstead went through fight training for two months and performed most of her own stunts. The film was released in 2010 to critical acclaim but lackluster box office returns, though it did considerably well once released to DVD. Winstead's performance was received generally well, and snagged her a Teen Choice Awards nomination for Choice Actress Action.

In February 2010, Winstead was cast in the lead role as paleontologist Dr. Kate Loyd in the prequel to The Thing. The movie was released October 14, 2011. Winstead stated that there was no romantic subplot for her character as she felt it would be out of place in the context of the film. Winstead based her performance on her sister, a neurologist. Critics singled out Winstead for praise in her performance as the lead. "[Winstead] stands out with her portrayal of a paleontologist. She keeps a cool, logical head whilst others around her start to panic. It’s a refreshing change from your traditional horror film where the lead characters do moronic things as if to prolong the story", The Film Pie wrote. Las Vegas Weekly wrote, "Winstead makes for an appealing protagonist, and Kate is portrayed as competent without being thrust into some unlikely action-hero role".

Winstead is married to Riley Stearns, a film director and television writer from Austin, Texas, whom she met at age 18, while on a cruise. The couple were wed in 2010.

Winstead starred in and acted as producer of Stearns' debut feature film, Faults in 2014. 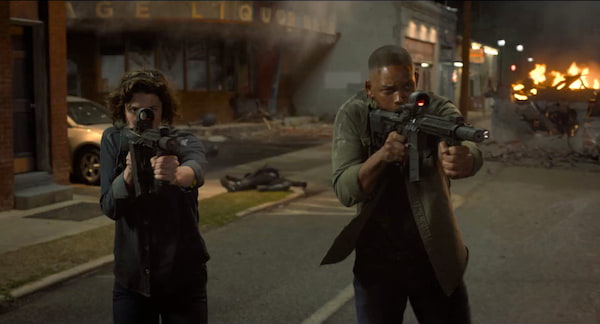