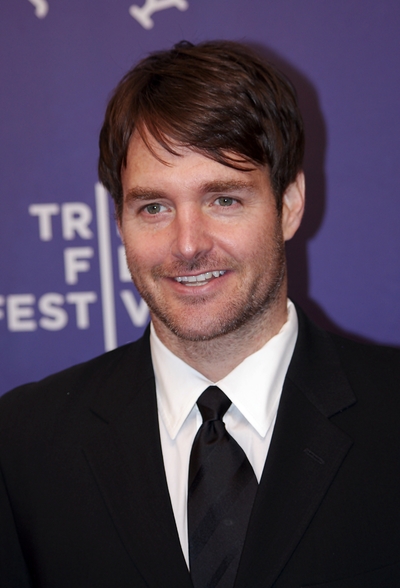 Orville Willis Forte IV (born June 17, 1970), is an American comedic actor and writer best known for his roles as a cast member on Saturday Night Live (2002–2010), the title character of its spin-off film MacGruber, and as Paul L'Astnamé, Jenna Maroney's cross-dressing boyfriend, in 30 Rock.

Forte was born in Alameda County, the son of Patricia C. (née Stivers) and Orville Willis Forte III, who divorced when Will and his sister Michelle were children. He was raised in Lafayette, California and graduated from Acalanes High School, where he played varsity football, was a swimmer, served as class president and was voted best personality. He attended UCLA, where he was a member of the Lambda Chi Alpha fraternity and completed a degree in history. He planned to become a financial broker like his father, but worked at a brokerage house for just one year before deciding to pursue comedy professionally. When first entering comedy he worked as a math tutor (one of his students was actress Faye Dunaway’s son Liam) and at a music publishing house. Forte is a supporter of the camp Wampler's Kids and recorded a promotional piece at SNL with Will Ferrell. Forte was a childhood friend of founder Steven Wampler and previously the national spokesman for SciEyes, a non-profit organization created to support research, training and public education in stem cell biology and to further the field by recognizing and supporting its potential for creating new therapies for the treatment of blinding and debilitating eye diseases. Forte was one of the primary donors responsible for the establishment of a research fellowship for 3rd year medical students at Duke Medical Center. He serves on the Board of Directors of the National Policy and Advocacy Council on Homelessness. He is especially close with his family. His mother has visited every film set he's worked on and made an appearance on the Mother's Day episode of SNL in which he sang a song to her on Weekend Update. Forte officiated his sister Michelle's wedding and filmed the birth of his niece and nephew. During a conversation with Scott Aukerman on the Podcast Comedy Bang Bang, Forte discussed his parents divorce and the family's decision to have Christmas together after his father’s second divorce. During the same interview, Forte joked about his OCD tendencies including a story of listening to only one song in his office at SNL for an entire year because he wanted to challenge himself. During an interview with Larry King, Forte discussed his OCDs as a challenge he had to overcome but not ones he wished he did not have, as it is a part of his personality.

Forte was a member of The Groundlings and a comedic staff writer on the television series, his three television debut was on Jenny, Late Show with David Letterman, the short-lived comedies Action and The Army Show.