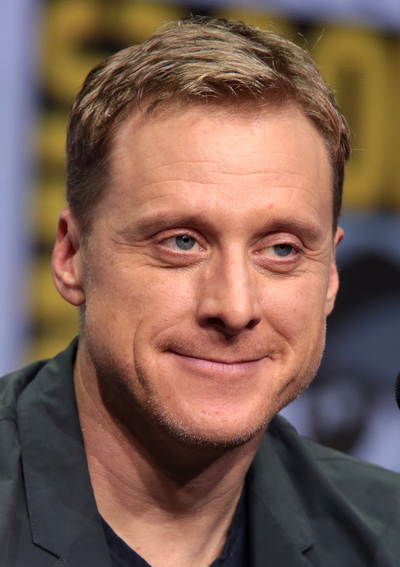 Alan Wray Tudyk ( TEW -dik;) is an American actor. He is known for his roles as Tucker McGee in Tucker & Dale vs. Evil, Hoban "Wash" Washburne in the space Western series Firefly and the film Serenity, and Steve the Pirate in Dodgeball: A True Underdog Story. He has also had starring roles in the films, I, Robot, A Knight's Tale, Transformers: Dark of the Moon, 42, Maze Runner: The Scorch Trials and Rogue One. He is also a voice actor of animated films for Walt Disney Animation Studios.

Tudyk appeared on the sitcom Suburgatory (2011–2014) and has had guest roles on many other series. He appeared frequently in Broadway plays as well. He wrote, directed and starred in the comedy web series Con Man (2015–2017), about a struggling actor whose career is still defined by a successful science fiction TV show he was once on, loosely based on Tudyk's own experience having been on Firefly. The series aired on Syfy in 2017 and earned him a Primetime Emmy Award nomination.

As of 2021, Tudyk plays the lead role, Dr. Harry Vanderspeigle, in the Syfy series Resident Alien, and voices The Joker and Clayface in the DC Universe/HBO Max series Harley Quinn.