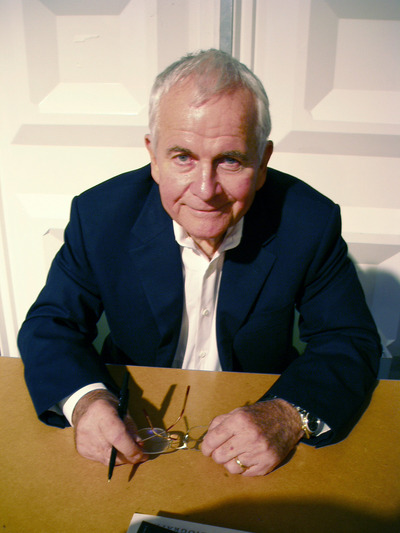 Sir Ian Holm, CBE (born 12 September 1931) is an English actor known for his stage work and many film roles. He received the 1967 Tony Award for Best Featured Actor for his performance as Lenny in The Homecoming and the 1998 Laurence Olivier Award for Best Actor for his performance in the title role of King Lear. He was nominated for the 1981 Academy Award for Best Supporting Actor for his role as athletics trainer Sam Mussabini in Chariots of Fire. Other well-known film roles include the android Ash in Alien, Father Vito Cornelius in The Fifth Element, and the hobbit Bilbo Baggins in the Lord of the Rings and The Hobbit film series.

Holm was born Ian Holm Cuthbert in Goodmayes, then in Essex (now in London), to Scottish parents, Jean Wilson (née Holm) and James Harvey Cuthbert. His mother was a nurse, and his father was a psychiatrist who worked as the superintendent of the West Ham Corporation Mental Hospital and was one of the pioneers of electric shock therapy. He had an older brother, Eric, who died in 1943. Holm was educated at the independent Chigwell School in Essex. His parents retired to Mortehoe, Devon and then Worthing where he joined an amateur dramatic society. A visit to the dentist led to an introduction to Henry Baynton, a well-known provincial Shakespearean actor who helped Holm train for admission to the Royal Academy of Dramatic Art, where he secured a place in 1949. His studies there were interrupted a year later when he was called up for National Service in the British Army, during which he was posted to Klagenfurt, Austria and attained the rank of Lance Corporal. They were then interrupted a second time when he volunteered to go on an acting tour of the United States in 1952. He finally graduated from RADA in 1953; whilst there he had been offered 'spear-carrying' roles at Stratford and he stayed there for 13 years, soon graduating to more significant roles and abandoning plans to move on after Peter Hall founded the Royal Shakespeare Company in 1960.