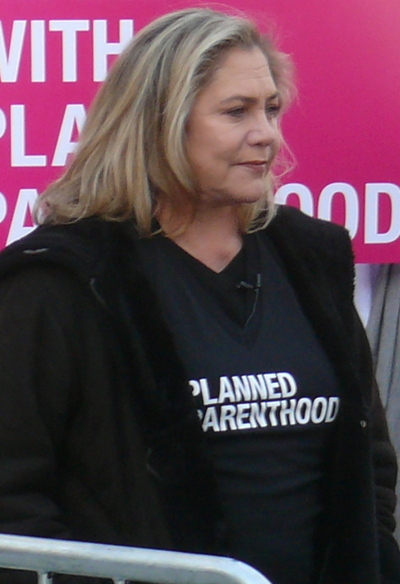 Turner later had roles in The Virgin Suicides (1999), Baby Geniuses (1999), and Beautiful (2000), as well as guest-starring on the NBC sitcom Friends as Chandler Bing's cross-dressing father Charles Bing, and in the third season of Showtime's Californication as Sue Collini, the jaded, sex-crazed owner of a public relations company. Turner has also done considerable work as a voice actor, namely as Jessica Rabbit in Who Framed Roger Rabbit (1988), as well as Monster House (2006), and the television series King of the Hill.

In addition to film, Turner has worked actively in the theatre, and has been nominated for the Tony Award twice for her Broadway roles as Maggie in Cat on a Hot Tin Roof and as Martha in Who's Afraid of Virginia Woolf?. Turner has also taught acting classes at New York University.

Turner was born in Springfield, Missouri, the daughter of Patsy (née Magee) and Allen Richard Turner, a U.S. Foreign Service officer who grew up in China (where Turner's great-grandfather had been a Methodist missionary). Turner was raised in a strict conservative Christian household, and her interest in performing was discouraged by both of her parents: "My father was of missionary stock," she later explained, "so theater and acting were just one step up from being a streetwalker, you know? So when I was performing in school, he would drive my mom [there] and sit in the car. She'd come out at intermissions and tell him, 'She's doing very well.'"

Due to her father's employment in the Foreign Service, Turner grew up abroad, and graduated from the American School in London in 1972. Her father died of a coronary thrombosis during that same year, and then the family moved back to the United States. At age nineteen, Turner began volunteering at a local Planned Parenthood office. She attended Missouri State University in Springfield for two years, then studied theater at the University of Maryland Baltimore County (UMBC), where she received a Bachelor of Fine Arts degree in 1977. During that period, Turner acted in several productions directed by the film and stage director Steve Yeager.

In 1977, Turner made her television debut in the NBC daytime soap The Doctors as the second Nola Dancy Aldrich. She made her film debut in 1981 as the ruthless Matty Walker in the thriller Body Heat; the role brought her to international prominence. Empire Magazine cited the film in 1995 when it named her one of the 100 Sexiest Stars in Film History. The New York Times wrote in 2005 that, propelled by her "jaw-dropping movie debut [in] Body Heat... she built a career on adventurousness and frank sexuality borne of robust physicality." Turner ultimately became one of the top box office draws, and most sought-after actresses, of the 1980s and early 1990s.

The brazen quality of Turner's screen roles was reflected in her public life. With her deep voice, Turner was often compared to a young Lauren Bacall. When the two met, Turner reportedly introduced herself by saying, "Hi, I'm the young you." In the 1980s, she boasted that "on a night when I feel really good about myself, I can walk into a room, and if a man doesn't look at me, he's probably gay."

After Body Heat, Turner steered away from femme fatale roles to "prevent typecasting" and "because femme fatale roles had a shelf-life." Consequently, her first project after this was 1983 comedy The Man With Two Brains. Turner co-starred in Romancing the Stone with Michael Douglas and Danny DeVito. The film critic Pauline Kael wrote of her performance as writer Joan Wilder, "Turner knows how to use her dimples amusingly and how to dance like a woman who didn’t know she could; her star performance is exhilarating." Romancing the Stone was a surprise hit: she won a Golden Globe for her role in the film, and it became one of the top-ten-grossing movies of 1984. Turner teamed up with Douglas and DeVito again the following year for its sequel, The Jewel of the Nile.

Turner married the real estate entrepreneur Jay Weiss of New York City in 1984, and they had one child, their daughter, Rachel Ann Weiss, who was born on October 14, 1987. Turner had been born into a Methodist family, but she has said that she has "taken on a certain amount of Jewish tradition and identity" since marrying her Jewish husband and raising their daughter in Judaism. In 2006, Turner announced that she and Weiss were planning a trial separation. Turner and Weiss carried this forward to a divorce that became official in December 2007, but Turner has said, "[Jay]'s still my best friend."

By the late 1980s, Turner had acquired a reputation for being difficult: what The New York Times called "a certifiable diva." She admitted that she had developed into "not a very kind person," and the actress Eileen Atkins referred to her as "an amazing nightmare." Turner slammed Hollywood over the disparate treatment accorded male actors as compared to female actors in the quality of roles they receive as they age, calling it a "terrible double standard."