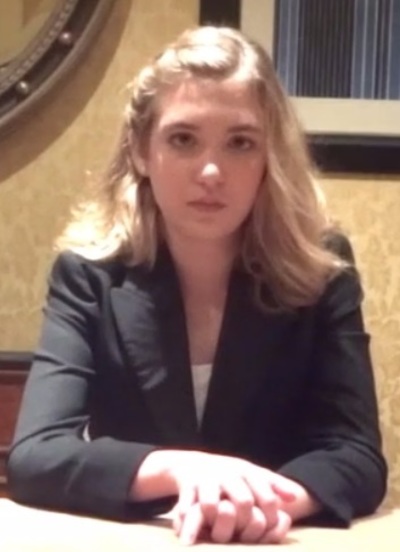 Sophie Nélisse (born March 27, 2000) is a Canadian actress. She is known for her Genie Award–winning performance in Monsieur Lazhar, and as Liesel Meminger in the film adaptation of the best-selling novel The Book Thief written by Markus Zusak. Her sister Isabelle Nélisse (born December 3, 2003) is also an actress, best known for her roles in Mama (for which she received multiple award nominations) and HBO's controversial film The Tale; the sisters also played together in Mirador, Wait Till Helen Comes and Worst Case, We Get Married.

Nélisse was born in Windsor, Ontario, on March 27, 2000. She is of French-Canadian descent. Her mother, Pauline Belhumeur, left her job as a schoolteacher in 2013 to act as a talent manager for both Sophie and her younger sister, actress Isabelle Nélisse. Nélisse is fluent in both French and English. Her family moved to Montreal, Quebec when she was four.

She spent her early years training in gymnastics, aiming for the 2016 Olympics, and signed to a talent agency to make money to pay for the training, but after getting the part in The Book Thief (and subsequent accolades) she shifted her focus to acting. Additionally, Nélisse formed and still maintains a close friendship with her co-star from The Book Thief, Nico Liersch.

Besides her Genie Award for Monsieur Lazhar, she won a Jutra Award for her performance and a Young Artist Award nomination as Best Leading Young Actress in an International Feature Film. She held a recurring role the Québec sitcom Les Parent and she also starred in the title role of the 2015 film The Great Gilly Hopkins. In May 2016, Nélisse was present on the red carpet at Cannes Film Festival for the first time to present Canadian thriller movie Mean Dreams.

In 2016, Nélisse was one of four actors selected by the Toronto International Film Festival, alongside Grace Glowicki, Jared Abrahamson, and Mylène Mackay for its "Rising Stars" programme, described as an "intensive professional development programme [that] immerses participants in a series of public events and industry meetings during the Festival." In June 2018, it was announced that she would be the face of Caroline Néron's Fall 2018 jewelry line.

After graduating high school in June 2017, Nélisse confirmed she wouldn't be enrolling in post-secondary education for the time being due to commitments shooting Close in London and Morocco. In a L'actualité series about "Being 18 years old in 2018", Nélisse spoke about entering adulthood in the era of the Weinstein effect, and deplored that when she announced she was looking for "more mature roles", she was quickly offered multiple roles where her characters would be raped and that scenarios she receives almost always include sexual elements. One of these instances was when she turned down the sexually-charged lead role in Fugueuse, in which Ludivine Reding was eventually cast as Fanny, the titular teenage runaway who ends up a sex trafficking victim.