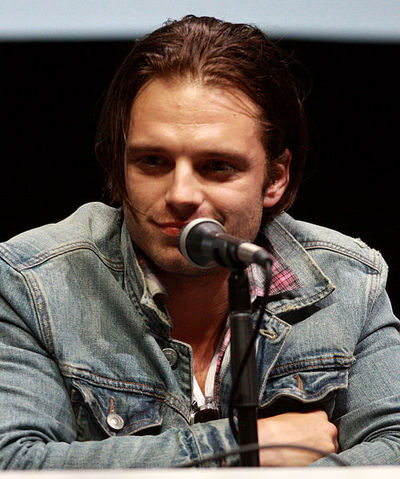 On television, Stan portrayed Carter Baizen on Gossip Girl, Prince Jack Benjamin on Kings, The Mad Hatter/Jefferson on Once Upon a Time, and T.J." Hammond on the miniseries Political Animals. His role on Political Animals earned him a nomination for the Critics' Choice Television Award for Best Supporting Actor in a Movie/Miniseries.

Stan was born in Constanța, Romania. At age 8, he and his mother moved to Vienna, where she was employed as a pianist. Four years later, at age 12, he moved with his mother to Rockland County, New York, after she married Anthony Fruhauf, the headmaster of Rockland Country Day School.

During Stan's years at the Rockland Country Day School, he starred in productions such as Harvey, Cyrano de Bergerac, Little Shop of Horrors, Over Here!, and West Side Story. He also attended the Stagedoor Manor summer camp where he was introduced to acting and was cast in many camp productions. It was then that he decided to take acting seriously and began to apply for acting programs at several universities. He was accepted to and attended Rutgers University's Mason Gross School of the Arts. This gave him the opportunity to spend a year abroad studying acting at Shakespeare's Globe Theatre in London, England.

After several television and film roles including The Covenant and Gossip Girl, Stan landed a lead role in the 2009 series Kings as Prince Jack Benjamin. In 2010, he appeared in Darren Aronofsky's ballet thriller, Black Swan. Stan also began filming the supernatural horror film The Apparition in February of that year; the film was released on August 24, 2012. Stan played Blaine, the main antagonist of Hot Tub Time Machine in March 2010. Later that same year, he played Bucky Barnes in the film Captain America: The First Avenger, based on the Marvel Comics character.

In 2012, he starred in the thriller Gone and began a recurring role on Once Upon a Time as the Mad Hatter. The A.V. Club described his work in "Hat Trick", his premiere episode, as "excellent" and placed the episode in their list of the 30 best episodes of 2012 from series which did not make their top list. He also appeared in the USA Network miniseries Political Animals as the troubled gay son of the former first lady. In 2013, Stan played the role of Hal Carter in the Roundabout Theater Company's production of William Inge's Picnic, at the American Airlines Theater in New York. In 2014, Stan reprised his role as Bucky Barnes in Captain America: The Winter Soldier.

In 2015, Stan is set to co-star in The Martian as NASA scientist Dr. Chris Beck, and as Joshua in Ricki and the Flash, followed by the third Captain America film, Captain America: Civil War, set for 2016.

Stan dated his Gossip Girl co-star Leighton Meester from 2008 to 2010. He also briefly dated his Once Upon a Time co-star Jennifer Morrison and Glee star Dianna Agron. He began dating his Spread co-star Margarita Levieva mid-2014.