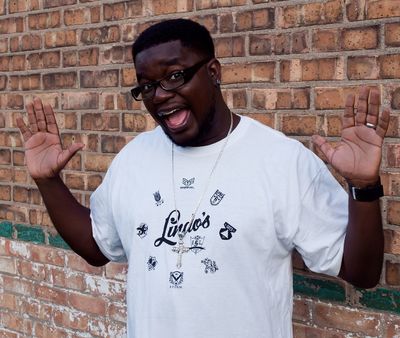 Milton Howery, Jr. (born December 17, 1979), known professionally as Lil Rel Howery, is an American actor and comedian. Howery is best known for his roles as Robert Carmichael in NBC's television comedy series The Carmichael Show (2015–2017) and as TSA officer Rod Williams in the horror film Get Out (2017). He also starred in the TV series Rel, which he also created and co-produces.

Milton Howery Jr. grew up on the West Side of Chicago. He attended Providence St. Mel School from fifth grade to ninth grade. He then transferred to Crane High School. At Crane High School, Howery wrote jokes and created a script in a senior talent show, which made him decide to pursue comedy professionally. Playing high school basketball, he reminded people of his older cousin Darrel, and he was nicknamed Lil Rel.

Lil Rel Howery began performing stand-up comedy on Chicago's East Side at a club called the Lion's Den. He made his television debut in January 2007 when he appeared on the reality television competition Last Comic Standing. That same year, he was on P. Diddy Presents: The Bad Boys of Comedy on HBO. In 2009, he was part of America's National Night Out Against Crime in Chicago.

In 2012, Howery and five other comedians starred in a revival of the popular 1990s comedy sketch program In Living Color on FOX. The show was cancelled in 2013. Howery went on to work as a writer, producer, and one of the regular cast members of the truTV sketch comedy series, Friends of the People. In 2015, Howery began co-starring in the role of Bobby Carmichael on the NBC sitcom The Carmichael Show alongside the show's creator, Jerrod Carmichael.

On May 10, 2018, Fox picked up Rel, a sitcom starring Howery in the lead role and Jerrod Carmichael and Mike Scully serving as executive producers. Howery said the television show is loosely based on his own life, including being a divorced father. The series premiered September 9, 2018.

Howery married Verina Robinson on November 24, 2008, and together they have two children; the couple divorced in 2017.

In June 2016, Howery was a passenger in a vehicle that struck another car in University Village, Chicago. The driver in the other car argued with Howery, and eventually called 911. Howery allegedly punched him in the face. The driver of the car Howery had been in drove away without Howery. Police officers arrived and arrested Howery on a charge of misdemeanor battery. Howery was found not guilty on the charge. The driver sued Howery for injuries from the fight.