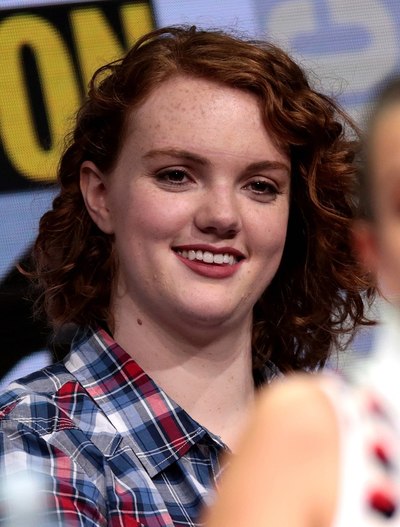 Shannon Purser (born June 27, 1997) is an American actress. She made her acting debut in the Netflix drama series Stranger Things as Barbara "Barb" Holland, and portrays Ethel Muggs in The CW's teen drama series Riverdale. She made her film debut as June Acosta in the 2017 horror film Wish Upon.

Purser made her acting debut in the Netflix science fiction drama series Stranger Things. She portrayed the character Barbara Holland, an intelligent and outspoken girl, who is the best friend of Nancy Wheeler (Natalia Dyer). Despite her only being a minor character, several outlets called Barb one of their favorite characters. This role brought Purser to international fame, and earned her a Primetime Emmy Award for Outstanding Guest Actress in a Drama Series nomination.

Purser portrays Ethel Muggs in The CW's teen drama series Riverdale, and had a minor role in the 2018 comedy film Life of the Party which ended up being cut. In January 2017, it was reported that she had landed a lead role in the 2018 film Sierra Burgess Is a Loser. Purser portrayed Annabelle Bowman, a member of the drama troupe at Stanton High, in the NBC Drama Rise, in a recurring role and read the audiobook of Leah on the Offbeat.

Purser is currently attending Kennesaw State University. She formerly worked at a movie theater in her hometown, but quit in order to focus on acting. On April 18, 2017, Purser came out as bisexual over Twitter.