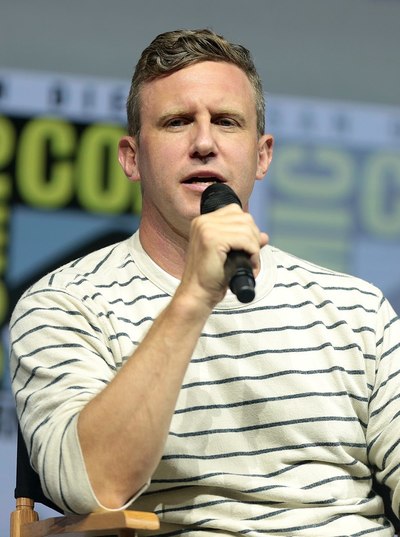 Ruben Samuel Fleischer (born October 31, 1974) is an American film director, film producer, television producer, music video director, and commercial director who lives in Los Angeles. He is best known as the director of Zombieland, his first feature film. He followed it by making the films 30 Minutes or Less and Gangster Squad. He will next direct the 2018 film version of Venom which is based on the Marvel Comics character. Prior to directing feature films, Fleischer was a director of television commercials and music videos, working for such brands as Cisco, Eurostar, ESPN, and Burger King, as well as such artists as M.I.A., Electric Six, DJ Format, and Gold Chains.

Ruben Fleischer was born and raised in Washington, D.C, the son of Karen Lee (née Samuel) and David Elliot Fleischer,who is a physician at Mayo Clinic in Arizona and Professor of Medicine . His brother, Lucas, works in new media. His father was born to a Jewish family, while his mother converted to Judaism. Fleischer was raised in Reform Judaism.

After graduating with a major in history from Wesleyan University, Fleischer moved to San Francisco, unsure of what he wanted to do with his life. He found himself working as a freelance HTML programmer in San Francisco. Taking the advice of close friend Mike White (also a Wesleyan graduate), Fleischer worked as a PA in the writers' office of Dawson's Creek. He eventually turned to directing and worked his way through the industry, tackling music videos and television commercials before landing his first feature film, Zombieland, in 2009. His second feature film, 30 Minutes or Less, opened in theaters on August 12, 2011.