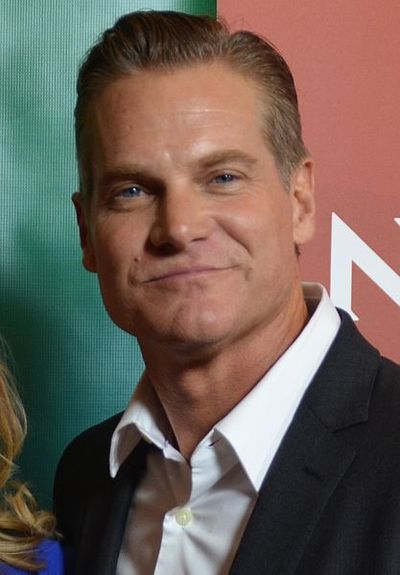 Brian Van Holt (born July 6, 1969) is an American actor and director. He is known for playing Bobby Cobb on the ABC sitcom Cougar Town, the ex-husband of main character Jules Cobb, played by Courteney Cox.

Van Holt was born in Waukegan, Illinois, and raised in Huntington Beach, California. He is of Scotch-Irish descent. He earned a degree in sociology from UCLA.

Van Holt was cast in several films and television series beginning with A Very Brady Sequel in 1996, followed by episodes in Beverly Hills, 90210, Spin City, Homicide: Life on the Street, Martial Law, and Sex and the City. He then hit his stride in a string of martial-themed, A-list films beginning with Black Hawk Down and Windtalkers, interspersed with Confidence, and continuing with Basic and S.W.A.T.. He also appeared in an episode of Beyond Belief: Fact or Fiction.

He has since appeared in Man of the House, House of Wax, and the short-lived CBS series Threshold. Brian revisited his surfer roots when he was cast in David Milch's HBO series John from Cincinnati as Butchie Yost, son of surfing legend Mitch Yost. He also played Kyle Hobart in the TV series Sons of Anarchy. He guest starred in the hit show CSI: Miami.

In 2008, he had a small role as himself (an actor) playing a firefighter in two fifth season episodes of Entourage. Since 2009, he has appeared as one of the seven main characters on Cougar Town as Bobby Cobb, the ex-husband of lead character Jules Cobb and father of their son Travis. He has appeared in all five seasons of the show, and he debuted as a director in the fifth season's second episode.