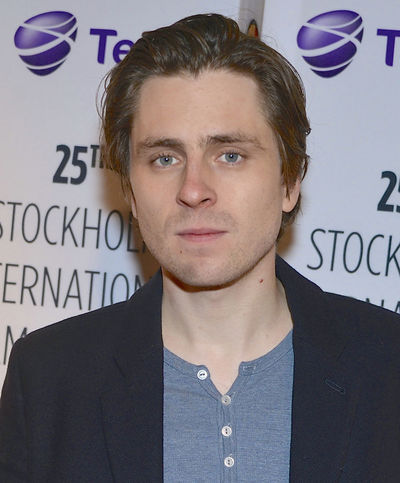 Sverrir Gudnason (born 12 September 1978; in Icelandic: Sverrir Páll Guðnason) is a Swedish actor of Icelandic origin. Gudnason was born in Lund, Sweden, and raised in Reykjavík, Iceland. He moved with his family to Tyresö, Sweden, in 1990 when his father found work as a professor at the Royal Institute of Technology. At the 2009 Shanghai International Film Festival, he received an award for Best Actor for his role in the Swedish/Danish film Original. He has since played the role of Pontus Höijer in the second series of Wallander as well as leading roles in productions at both Gothenburg's and Stockholm's city theatres.

In May 2016, it was announced that he was cast as Björn Borg in the 2017 film Borg vs McEnroe. In December 2017, he joined the cast of The Girl in the Spider's Web, playing the role of Mikael Blomkvist.