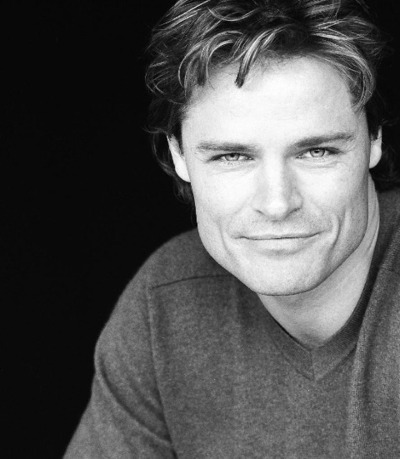 Dylan J. Neal (born October 8, 1969) is a Canadian actor. He holds dual citizenship in Canada and the United States. He is known for his portrayal of the character Dylan Shaw on The Bold and the Beautiful, Doug Witter on Dawson's Creek, and Detective Mike Celluci in the popular supernatural drama series Blood Ties. He is also recognized for playing Aaron Jacobs on Sabrina, the Teenage Witch.

In 2013, Neal landed the lead role opposite Andie MacDowell in the Hallmark Channel's first ever scripted TV series, Cedar Cove. The series premiered on July 20, 2013 and is based upon the international best-selling series of books of the same name by renowned author, Debbie Macomber.

Dylan Neal was born in Richmond Hill, Ontario in 1969. Six months after his birth, his family moved to Oakville, Ontario. He attended Appleby College inOakville, and initially wanted to become a professional squash player.

Neal transferred to Blakelock High School in Oakville for his last two years of schooling. It was there that he gained an interest in the performing arts, and participated in his school's drama program. In light of his new found passion and upon the advice of his drama teacher, Dylan decided that he wanted to make a career out of acting.

Before becoming an actor, Dylan used to work as a caterer and would deliver lunch baskets to private businesses in industrial areas around Toronto. He also used to deliver pizzas for a living, before making it as an actor.

Neal has stated that, after finishing his work on The Bold and the Beautiful, he was initially concerned about his ability to find another acting job after coming fresh off of a soap opera. He explained, "there are certain expectations, or a certain lack of expectations for soap opera actors".

In 2007, Neal gained popularity among the sci-fi/fantasy genre fan base after taking on the role of Detective Mike Celluci in Lifetime's Canadian vampire fantasy show, Blood Ties, in which he starred alongside Christina Cox and Kyle Schmid. The producers of the show ultimately chose Neal, Cox, and Schmid as the three leads of the show over the other auditioning actors, after observing the natural chemistry among the trio. Neal later commented that fans often compliment the three actors for their charming on-screen chemistry and camaraderie.

Dylan currently plays the male lead opposite Andie MacDowell in the television series, Cedar Cove, for the Hallmark Channel. The series will be premiering July 20, 2013. On the show, Neal plays Jack Griffith, a Philadelphia reporter who, in an attempt to restart his life, has relocated to the small coastal town of Cedar Cove. In this quaint, quirky town, Jack begins to remake his life and falls for the local town judge, Olivia Lockhart, played by MacDowell. The series is based upon the international best-selling books of the same name by the renowned author, Debbie Macomber.