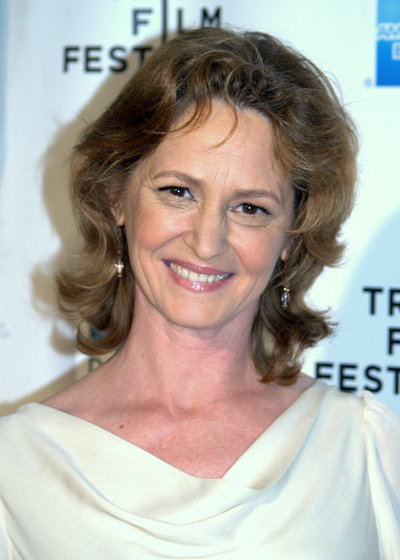 Melissa Chessington Leo (born September 14, 1960) is an American actress. After appearing on several television shows and films in the late '80s, her breakthrough role came in 1993 as Det. Sgt. Kay Howard on the television series Homicide: Life on the Street for the show's first five seasons from 1993 – 1997. She was also previously been a regular on the television shows All My Children and The Young Riders. Her breakthrough film role was in the 2003 film, 21 Grams as Marianne Jordan. She was also in the 2013 film Oblivion, starring as the main antagonist Sally.

Leo currently stars on the main cast of the HBO television series Treme in the role of Antoinette "Toni" Bernette.

Leo was born in Manhattan, New York City. She is the daughter of Peggy (née Chessington), a California-born teacher, and Arnold Leo III, an editor at Grove Press, fisherman, and spokesman for the East Hampton Baymen's Association. Leo was raised on the Lower East Side of Manhattan, and spent summers at her father's house in Springs, a section of East Hampton, N.Y.

Leo's acting debut came in 1985, for which she was nominated for a Daytime Emmy at the Daytime Emmy Awards/12th Daytime Emmy Awards for Outstanding Ingenue/Woman in a Drama Series for All My Children. Following this, Leo appeared in several films including A Time of Destiny, Last Summer in the Hamptons, Venice/Venice and her appearances on television, most notably her role as Det. Sgt. Kay Howard on Homicide: Life on the Street until 1997. Three years later she reprised her role in the television movie, Homicide: The Movie. After a brief hiatus in film, Leo's breakthrough came three years later in the Alejandro González Iñárritu film, 21 Grams released to critical acclaim. Leo appeared in a supporting role alongside Sean Penn, Naomi Watts, Benicio del Toro and Clea DuVall. Leo shared a "Best Ensemble Acting" award from the Phoenix Film Critics Society in 2003 and the runner-up for the Los Angeles Film Critics Association for Best Supporting Actress.

She is a former resident of Putney, Vermont and now lives in Stone Ridge, New York. She has a son with actor and former boyfriend John Heard named John Matthew Heard (born 1987) and years later adopted Adam (born 1984).