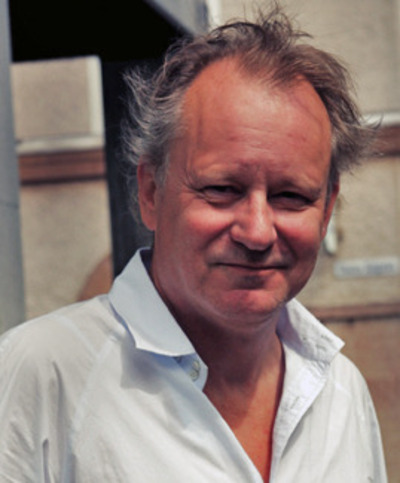 Skarsgård was born in Gothenburg, Sweden; the son of Gudrun (née Larsson) and Jan Skarsgård. He moved often in his childhood and lived, amongst other places, in Helsingborg, Totebo, Kalmar, Marielund and Uppsala.

Skarsgård started his acting career early. At the age of 21 he already had a great deal of experience in film, TV and stage. Most of his early roles were in Swedish TV (such as Bombi Bitt) and films. Of Skarsgård’s Swedish film work, he is perhaps best known for his portrayal of Swedish diplomat Raoul Wallenberg, who worked to save Holocaust victims. The filming was done in Budapest, in the only Jewish ghetto to survive World War II.

Skarsgård’s first American film was the 1984 film Noon Wine directed by Michael Fields, in which Skarsgård played a mentally disturbed immigrant farmhand being chased by a bounty hunter. He played opposite Fred Ward, who portrayed the farmer.

Actors Paul Bettany and Jennifer Connelly named their son Stellan as a tribute to Skarsgård.

Skarsgård has been best friends with Peter Stormare since 1976 and even made Stormare the godfather to his son, Gustaf.