Paolo Elito Macapagal Ballesteros IV (born November 29, 1982 in Cabanatuan City, Nueva Ecija, Philippines) better known as Paolo Ballesteros is a Filipino actor, TV host, model and impersonator. Other name Philippines Transformer Star. He has appeared in films and several TV shows, and has been one of the co-hosts of longtime noontime show Eat Bulaga! since 2001. Currently, he is managed by talent manager Joji Dingcong who previously handled Piolo Pascual and Cogie Domingo.

Ballesteros has a daughter named Kiera Claire Ballesteros. He is related to Filipino painter Fernando Amorsolo, his grandfather, and fellow celebrity Eula Valdez, his aunt.

In 2001, Ballesteros joined the noontime show Eat Bulaga! as segment host for the campus pageant "U-Bet", with fellow newcomers Phoemela Barranda and Derek Ramsay. After "U-Bet" ended its run, he was immediately elevated to regular host status. His daily exposure on the show and immense rapport with the veteran "Bulaga" hosts won him a wide fan base.

In 2002, he was nominated for Best New Male Personality at the Star Awards for Television. He won the award, besting fellow nominees Dennis Trillo and Railey Valeroso. He also started appearing in other TV shows like "Ikaw Lang Ang Mamahalin" and "Kahit Kailan" of GMA-7. However, he was best known for his wacky stint in the now-defunct GMA sitcom "Daddy Di Do Du" as Danica Sotto's boyfriend. Soon after, he was cast in movies like "Pakisabi na Lang" and "Anghel sa Lupa" of Regal Films.

In 2003, Ballesteros's TV stints were limited only to Eat Bulaga! and "Daddy Di Do Du" however he was kept busy by performing in comedy bars like "Klownz" and "Zirkoh," which are owned by fellow Eat Bulaga! co-host Allan K.

He made his name as a young host/TV comedian, and was then paired with Ciara Sotto. Their team which started in the "Bulagaan" segment of Eat Bulaga! soon branched out to other TV shows. They did Season 7 and Season 9 of "Love to Love" which gained high ratings. They were also paired in "Enteng Kabisote 3". However, their pairing soon ended when Ciara quit Eat Bulaga! to perform in concerts abroad.

In 2007, Ballesteros' appearance on the daily noontime show Eat Bulaga! was reduced to a weekly stint on Saturdays. His other TV show, "Daddy Di Do Du" ended and was replaced with "Fulhaus". While on free time, he was included in the digital sci-fi independent film "Xenoa" where he was involved in several difficult action scenes. After "Xenoa", Ballesteros was included in the cast of "Zaido: Pulis Pangkalawakan" as one of the main villains of the show (the other being Jay Manalo). He plays Ida, the transvestite grandson of Kuuma Le-ar. The role of Ida of Zaido paved his way on becoming a household name in primetime television. Ballesteros became more famous due to his role as "Precious Paola Nicole" in BEBOT segment of Eat Bulaga, where he won the title in 2005. After Zaido, he returned to Eat Bulaga on weekdays. He later joined the cast of Dyesebel which also starred Marian Rivera and Dingdong Dantes. In 2009, Ballesteros played "Afie" in the drama "Ang Babaeng Hinugot Sa Aking Tadyang" where he worked with Marian Rivera for the second time.

In 2010, Ballesteros worked with Claudine Barretto in an episode of the GMA drama-anthology "Claudine" where he once again played a transvestite. Unlike his previous gay roles where his characterizations were described as "campy" by some critics, his role in that particular episode as a vengeful transvestite half-brother of Barretto drew rave reviews.

In the later part of 2010, Paolo unofficially formed a comic trio with Eat Bulaga! co-hosts Jose Manalo and Wally Bayola when they were assigned to host the show's segment "Juan for All, All for Juan. " In this segment, Paolo and his co-hosts visit different barangays and give various gifts in cash and kind to the lucky homeviewers.

He also joined the cast of I Heart You, Pare which premiered on February 7, 2011, starring Regine Velasquez and Dingdong Dantes. Paolo portrayed the role of Vodka, a drag queen. Vodka was the star performer of Club Love and Tonette’s (played by Regine Velasquez) biggest rival among the club's gay performers. The show ended its run on May 27, 2011.

To this date, he is kept busy with his hosting job in Eat Bulaga! doing a segment for "Juan for All, All for Juan" along with the comic duo Jose Manalo and Wally Bayola.

However, in March 2016, he was reportedly suspended from Eat Bulaga! for six months due to the rants he posted on his Facebook account regarding the live show set-ups like about the catering and others. During his suspension, Ballesteros spent his time in portraying his main roles in two different movies: Die Beautiful and Bakit Lahat ng Gwapo May BF?. Ballesteros returned to Eat Bulaga! in September 5, 2016. Ballesteros won his first international Best Actor award for playing his role in Die Beautiful in 29th Tokyo International Film Festival.

Ballesteros is renowned for his various impersonation of female and male artists and has earned international acclaim for his makeup skills. To this date, he has posted pictures of his numerous makeup transformations through his Instagram account, transforming himself into the likes of Tyra Banks, Caitlyn Jenner, Angelina Jolie, Mariah Carey, Kim Kardashian, Beyoncé, Ariana Grande, Drew Barrymore, Kristen Stewart, Lucy Liu, Rihanna, Demi Moore, Anne Hathaway, Emma Stone, Katy Perry, Madonna, Megan Fox to a name of few, as well as local artists like Marian Rivera, Nora Aunor, and Vic Sotto. 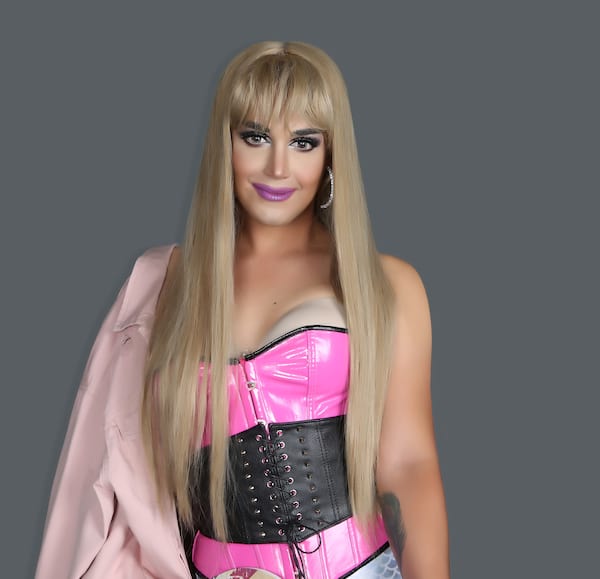 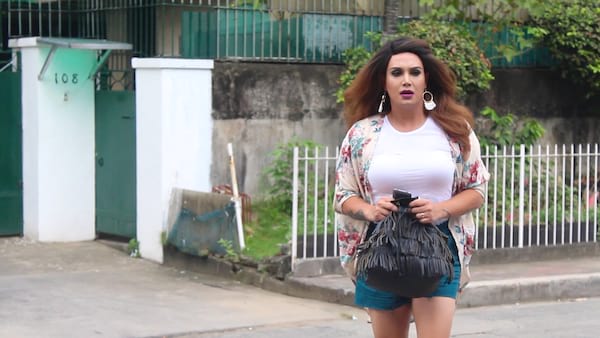 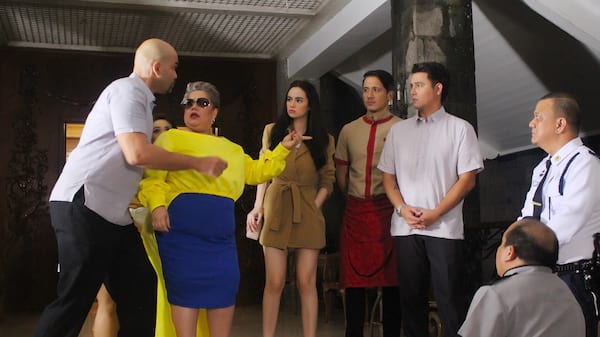