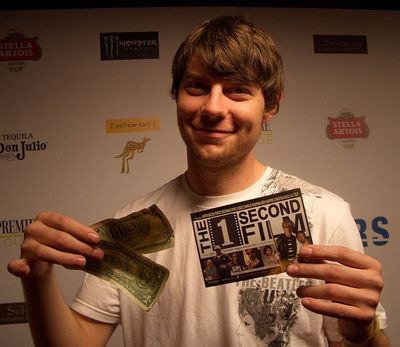 Fugit was born in Salt Lake City, Utah. His mother, Jan Clark-Fugit, is a dance teacher, and his father, Bruce Fugit, is an electrical engineer. Fugit is the oldest of three children; he has a younger sister, Jocelyn, and a younger brother, Colin. In high school, Fugit was diagnosed with ADHD while a student at East High School in Salt Lake city.

Making his acting debut in a school production while in the seventh grade (he played the shoemaker in The Twelve Dancing Princesses), Fugit pursued an acting career and landed guest roles on episodes of Promised Land and Touched by an Angel (both from CBS) in 1998. That same year, he was a meal for hungry insects in the Fox television movie Legion of Fire: Killer Ants. Work in the more mild-mannered Beyond the Prairie: The True Story of Laura Ingalls Wilder (CBS) followed in 2000.

Fugit became much more widely known when he was cast in the starring role in Cameron Crowe's Almost Famous, playing a young rock-fan-turned-reporter. He later claimed that his knowledge of 1970s rock music was nil ("I actually thought Led Zeppelin was one person"). Fugit's performance was widely praised. Before Almost Famous was released, he auditioned for the title role in Richard Kelly's Donnie Darko. The role eventually went to Jake Gyllenhaal.