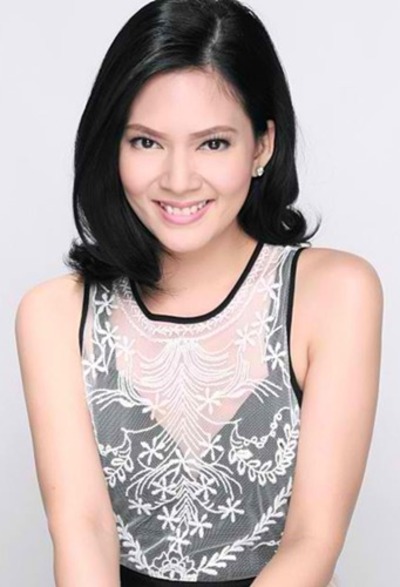 Ortaleza is perhaps known for her role as Stella in the gay-themed series My Husband's Lover and she also receives good reviews for her performance as young Cherie Gil in Legacy.

She is currently a contract star of GMA Network mostly as antagonist scheming woman.

Chynna Ortaleza was a spunky 12-year-old when she landed her first TV gig as a junior reporter on the kiddie magazine show 5 & Up. She left the show after three years to concentrate on her studies, but re-entered the national consciousness right after graduating from high school, when she became known as Sprite's Kitikitxt girl via a popular TV commercial that ended up launching her showbiz career.

Packaged as the sweet girl-next-door, Ortaleza was cast as Mimi on GMA Network's teen drama, Click. She was soon paired with heartthrob Richard Gutierrez and quickly became identified as one-half of a highly successful love team. Their team-up gained a loyal following and was featured on many teen-oriented shows and primetime soap operas, and even landed on the silver screen.

In 2004, Ortaleza and Gutierrez parted ways. She decided that it was time to grow as a solo artist and focus on her hosting career for a while. After the success of the first season of StarStruck, Ortaleza hosted the StarStruck's Friday live show, Stage 1 Live, with Cogie Domingo and Raymond Gutierrez. Stage 1 Live was cancelled after one season. She was then added to the new youth segment of SOP (Sobrang Okey Pare), titled as SOP Gimikadathen changed to SOP Gigsters. She was then cast as host in the second season of 3R with Iza Calzado and Bettina Carlos. She also added to the cast of Joyride, a youth drama show aired every afternoon as Leah someone from the past of Jason (Cogie Domingo).

In 2005, Ortaleza shed the teenybopper image once and for all in a provocative yet tasteful pictorial for the first issue of Pump Magazine. She was also a part of Metro Magazine and FHM's "100 Sexiest Women in the World." Ready for more challenging and mature roles, Ortaleza worked one more time with Gutierrez as the sultry vixen, Rebecca in the soap opera Sugo. She also joined the MTV VJ Hunt and became one of the 16 finalists though she did not won the said title, she got the People Choice awards.

Throughout her showbiz career, Ortaleza has proven that she is more than just a pretty face. Smart, spirited and multi-talented, she is one of the better actresses of her generation and is continually honing her craft. She has definitely grown up, but she still hasn't lost that raw spunk. She currently brings to life the character of Janelle on Adarna.