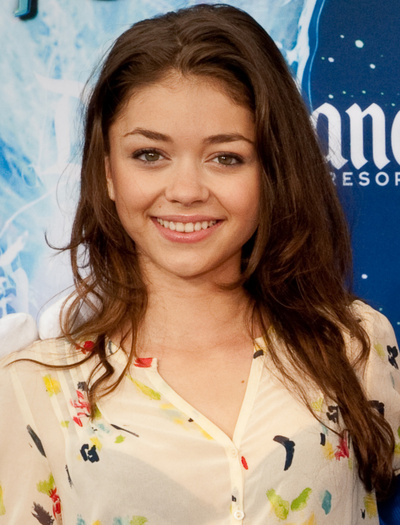 Hyland was born in Manhattan, New York, the daughter of actors Melissa Canardo and Edward James Hyland. She is the older sister of actor Ian Hyland, who is four years younger.

Hyland has been acting since she was five years old, with her first role as Howard Stern's daughter in Private Parts. She went on in her career to portray such roles as Molly in the 1999 remake of Annie, and has played Brooke Shields' daughter, Maddie Healy, in Lipstick Jungle on NBC. Hyland is featured in an Olive Garden commercial along with actress Molly Culver, and has also appeared on Broadway playing the young Jackie O in Grey Gardens the musical.

Hyland currently plays Haley Dunphy on the ABC sitcom Modern Family, for which she has won a Screen Actors Guild Award for Outstanding Performance by an Ensemble in a Comedy Series, along with the rest of the show's cast.

In 2012, Hyland appeared in the movie Struck by Lightning alongside Chris Colfer.

In 2009, Hyland began dating actor Matt Prokop, whom she met while auditioning for High School Musical 3: Senior Year. Hyland and Prokop are currently living together.

In May 2012, Hyland revealed that she has had a lifetime battle with kidney dysplasia. She had been living with it since she was a young child, but her father found out that he was a kidney match, and donated one of his to her in April.