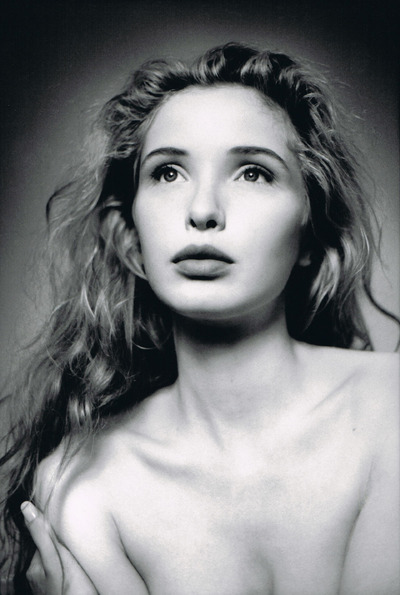 Julie Delpy (born 21 December 1969) is a French-American actress, director, screenwriter, and singer-songwriter. She studied filmmaking at New York University's Tisch School of the Arts and has directed, written, and acted in more than 30 films, including Europa Europa (1990), The Voyager (1991), Three Colors: White (1993), Before Sunrise (1995), Before Sunset (2004), 2 Days in Paris (2007), and Before Midnight (2013). She has been nominated for three César Awards, two Online Film Critics Society Awards, and an Academy Award. After moving to the United States in 1990, she became an American citizen in 2001.

Julie Delpy was born 21 December 1969 in Paris, France, to Albert Delpy, a theater director, and Marie Pillet, an actress in feature films and the avant-garde theater. She was an only child. On the stages of Paris, Delpy's parents were involved in underground theatre. At an early age, Julie was exposed to the arts.

“ I couldn't hope for better parents. They really raised me with a love of art, bringing me to museums and seeing things that a child wouldn't see at that age. I would see Ingmar Bergman movies when I was 9 and totally go for it. And they would bring me to see Francis Bacon's paintings, which I loved: so dark and at the same time it's so wonderful. ”

Delpy has said she has been plagued by health problems since childhood and had to wear callipers at age eight. She also experienced migraines and panic attacks.

In 1984, at the age of fourteen, Delpy was discovered by film director Jean-Luc Godard, who cast her in Détective (1985). Two years later, Delpy starred in the title role in Bertrand Tavernier's La Passion Béatrice (1987). For her performance, Delpy received a César Award Nomination for Most Promising Actress. She used the money she earned to pay for her first trip to New York City. Delpy became an international celebrity after starring in the 1990 film Europa Europa directed by Agnieszka Holland. In the film, she plays a young pro-Nazi who falls in love with the hero, Solomon Perel, not knowing that he is Jewish. She had to speak fluent German for the part.

Delpy moved to New York in 1990 and moved to Los Angeles, California a few years after that. She has been a naturalized citizen of the United States since 2001, although she also retains her French citizenship. She now divides her time between Paris and Los Angeles. Since 2007, she has been dating the German film score composer Marc Streitenfeld. The couple had a son named Leo in January 2009.