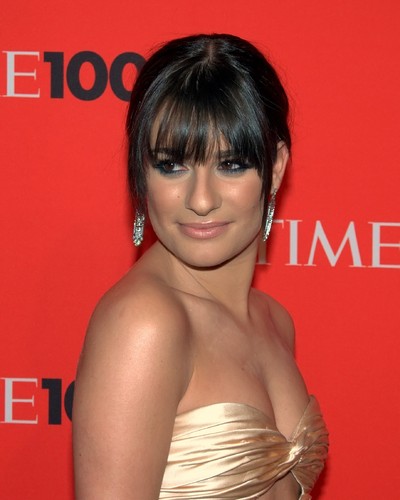 Lea Michele Sarfati (born August 29, 1986), known professionally as Lea Michele, is an American actress and singer, best known for her performance as Rachel Berry on the Fox television series Glee for which she earned two Golden Globe nominations and an Emmy nomination. Michele began working professionally as a child actress on Broadway in productions such as Les Misérables, Ragtime, and Fiddler on the Roof. In 2006, she originated the lead role of Wendla in the Broadway musical Spring Awakening.

Michele was born in the Bronx, New York City. She is the only child of Edith, a nurse, and Marc Sarfati, a delicatessen owner. Her mother is Italian American and Roman Catholic, while her father is a Spanish Sephardic Jew. Michele was raised Catholic, and has stated that her father "gladly" attends church with her and her mother. She grew up in Tenafly, New Jersey. She attended Rockland Country Day School for elementary school in New York and then Tenafly High School. Michele was home schooled one year while working in Toronto, Ontario on Ragtime. She attended Stagedoor Manor in the Catskills, a center for performing arts training. She was then later accepted to the Tisch School of the Arts at New York University, but opted instead to continue working professionally on the stage.

Michele adopted her stage name at an early age; when she went on her first audition, she gave her name as "Lea Michele," and has used it ever since. She has stated that she changed it because she was teased about the pronunciation of her last name.

Michele has the vocal range of a soprano. She made her Broadway debut in 1995, as a replacement in the role of Young Cosette in Les Misérables. This was followed by the role of Tateh's daughter, the Little Girl, in the 1998 original Broadway cast of Ragtime. In 2004 (during her senior year of high school), Michele played Shprintze in the Broadway revival of the musical Fiddler on the Roof. She also sang on the 2004 Broadway revival cast recording of Fiddler on the Roof.

Michele stars in the Fox musical comedy-drama series, Glee, as Rachel Berry, the show's female lead and star singer. In casting Glee, series creator Ryan Murphy sought out actors who could identify with the rush of starring in theatrical roles. Instead of using traditional network casting calls, he spent three months on Broadway, where he found Michele. The role of Rachel was written specifically for Michele. In an interview with The Washington Post, Michele commented on her casting, saying: "I was kind of just thrown into this—this is one of the first television jobs I've ever had. Of course being able to sing helps bring a sense of comfort. The character I'm playing is really outgoing—she performs in her everyday life as though she's performing in front of a huge audience." She took the role because of Rachel's characterization, and explained: "Not only is she a singer, but she has so much heart—I think it's what we need on TV. A show that is filled with heart and love that is funny. It sends an amazing message to kids about the arts and being who you are." Chicago Tribune's Maureen Ryan wrote that Michele "not only has an amazing voice but manages to make her character, spoiled diva Rachel Berry, more than a humorless stereotype." Denise Martin of The Los Angeles Times commented in her review of the episode "The Rhodes Not Taken": "if there's any justice in the world, Lea Michele will win a Golden Globe and an Emmy for playing Rachel".

Michele is in a relationship with her Glee costar, Canadian actor Cory Monteith. 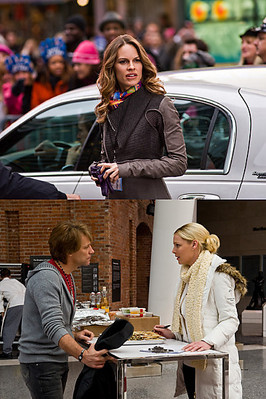 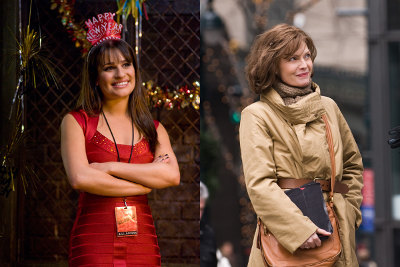