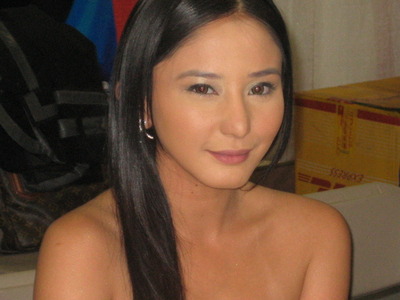 Katrina Halili (born Maria Katrina Iren Pe Halili on January 4, 1986) is a Filipina actress, commercial model and music producer. She made her screen debut via StarStruck, but did not gain popularity until playing the antagonist roles in Darna, Majika and MariMar and becoming the protagonist in One Night Only, Gagambino and Magdusa Ka.

Katrina Halili is an alumna of the StarStruck talent search and the cover girl of leading magazines such as FHM and Maxim Philippines. She was voted as FHM Philippines' sexiest woman for the year 2006 and bagged the title yet again in 2007. She is the first StarStruck contestant to top the FHM Philippines' 100 Sexiest list and the only Filipina celebrity to have won the title twice in a row. She is a three-time FHM Philippines covergirl. With 123,000 votes, she placed 2nd in 2008 next to Marian Rivera.

In May 2009, a sex tape showing Halili and Dr. Hayden Kho, who was then in a relationship with Vicki Belo, was distributed over the internet without her consent. The dispute lasted a long time and resulted in a number of legal actions and with some endorsements being taken away from her.