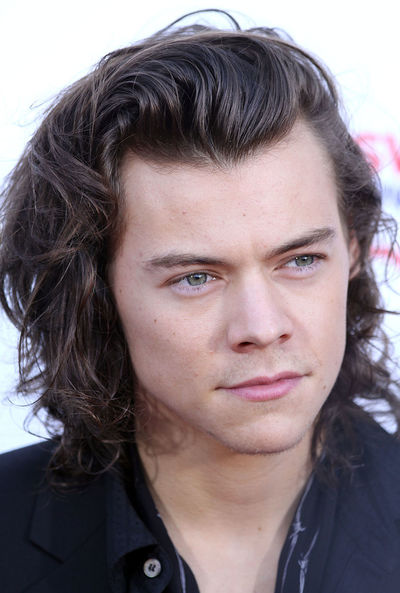 Harry Edward Styles (born 1 February 1994) is an English singer and songwriter. He is known as a member of the boy band One Direction. He made his debut as a singer with his band White Eskimo, who performed locally in Holmes Chapel, Cheshire. In 2010, Styles auditioned as a solo artist for the British television series The X Factor. After being eliminated as a solo performer, Styles was brought back into the competition, along with four other contestants, Niall Horan, Zayn Malik, Liam Payne and Louis Tomlinson, to form One Direction.

Styles and his bandmates have released the albums Up All Night (2011), Take Me Home (2012), Midnight Memories (2013), Four (2014), and Made in the A.M. (2015). They have also performed on two worldwide tours, one featured on concert film One Direction: This Is Us, and won several awards, including five Brit Awards and four MTV Video Music Awards.

On 23 June 2016 it was reported by Billboard that Styles had signed a three-album solo recording deal with Columbia Records, the same label behind One Direction. Styles will make his acting debut in the war film Dunkirk in July 2017. Preceded by its first solo single "Sign of the Times", his self-titled debut album was released on 12 May 2017.

Styles was born in Redditch, Worcestershire. He is the son of Anne Cox (née Selley) and Desmond "Des" Styles, who worked in finance. Many of his ancestors were farm labourers in Norfolk. Styles was raised in Holmes Chapel, Cheshire, after his parents moved there along with his older sister, Gemma, when he was a child. He attended Holmes Chapel Comprehensive School. Styles's parents divorced when he was seven and his mother later remarried. He has an older stepbrother named Mike, the son of his stepfather. As a sixteen-year-old he worked part-time at the W. Mandeville Bakery in Holmes Chapel.

As a child, Styles loved singing, citing Elvis Presley and Freddie Mercury as his influences. While at Holmes Chapel Comprehensive, Styles was the lead singer for the band White Eskimo, which won a local Battle of the Bands competition.

On 11 April 2010, Styles auditioned as a solo candidate for the seventh series of the British televised singing competition The X Factor. He failed to progress to the "Boys" category at "judges' houses". Four others in his age group did as well, but after a suggestion by Nicole Scherzinger, a guest judge, they were put together to form a five-piece boy band at Wembley Arena, in London, England, in July 2010, during the "bootcamp" stage of the competition, thus qualifying for the "Groups" category. Subsequently, the group got together for two weeks to get to know one another and to practise. Styles came up with the band name One Direction, which he thought would sound good when The X Factor announcer Peter Dickson read their name out on the live shows.

For their qualifying song at "judges' houses", and their first song as a group, One Direction sang an acoustic version of "Torn". Simon Cowell later commented that the performance convinced him that the group "were confident, fun, like a gang of friends, and kind of fearless as well." Within the first four weeks of the live shows, they were Cowell's last act in the competition. The group quickly gained popularity in the UK.

One Direction finished in third place and immediately after the final, their song "Forever Young", which would have been released if they had won The X Factor, was leaked onto the internet. Shortly afterwards it was confirmed that One Direction had been signed by Cowell to a reported £2 million Syco Records record contract. Recording for their debut album began in January 2011, as they flew to Los Angeles to work with RedOne, a record producer. A book licensed by One Direction, One Direction: Forever Young (Our Official X Factor Story), was published by HarperCollins in February 2011, subsequently topping The Sunday Times Best Seller list. The same month, the boy band and other contestants from the series participated in the X Factor Live Tour. During the tour the group performed for 500,000 people throughout the UK. After the tour concluded in April 2011, the group continued working on their debut album. Recording took place in Stockholm, London and Los Angeles, as One Direction worked with producers Carl Falk, Savan Kotecha, Steve Mac, and Rami Yacoub, among others.

Following The X Factor, One Direction were signed to Simon Cowell's Syco Entertainment in 2010. They released their first studio album, Up All Night, in 2011, followed by their second, Take Me Home, in 2012. One Direction's debut single "What Makes You Beautiful" debuted at number one on the UK Singles Chart. One Direction: This Is Us, a documentary about the band directed by Morgan Spurlock, was released in August 2013. The film grossed more than $30 million worldwide its first weekend in theaters. The band's third studio album, Midnight Memories, was released on 25 November 2013. The band released their fourth studio album, Four, in 2014, and their fifth, Made in the A.M., in November 2015.

One Direction has a planned hiatus starting in March 2016 to pursue individual projects. On 23 June 2016, Billboard reported that Styles signed a recording contract with Columbia Records as a solo artist, the same label behind One Direction. He continues to write and register songs, working with songwriters such as Snow Patrol's Johnny McDaid and OneRepublic's Ryan Tedder, writing for other artists such as Ariana Grande and Michael Buble, as well as for his solo debut album.

Styles will make his acting debut in Christopher Nolan's action-thriller Dunkirk (2017) which is based on the British military evacuation in World War II. Tom Hardy, Mark Rylance, Cillian Murphy and Kenneth Branagh are also part of the cast.

On 31 March 2017, Styles announced a new single titled "Sign of the Times" and its accompanying cover art through Instagram. The song was released on 7 April 2017. Styles was the musical guest on Saturday Night Live on 15 April 2017. His self-titled debut album was released on 12 May 2017. The record was heavily influenced by 1970s soft rock. It debuted at number one in several countries, including the UK, the US and Australia. The singer will embark on Harry Styles: Live on Tour in September 2017.

Regarding Styles' time in One Direction, in website AllMusic writer Tim Sendra opined his "charming persona and elastic vocals had him positioned as the Timberlake of the group." Styles seemed "a dimpled, rakish prankster happy to wear the mantle of Class Clown... maybe because he knew that Most Likely to Succeed belonged to him too," as noted by Entertainment Weekly's Leah Greenblatt. During public appearances, Styles' fashion evolution has traded "teen-friendly" Jack Wills tracksuits for a selection of Saint Laurent, Gucci and Burberry. As his time in the band progressed, the singer started wearing skinny-jean-and-boots. For Billboard's Chris Payne, "From his influences to his fashion to his onstage persona to his (formerly) flowing locks, Styles' vibe has always screamed rock star." The same publication noted over the course of five-year stint with his group, Styles' taste in fashion "has blossomed from a teen wearing purple Jack Wills hoodies to a carefully executed blend of 70s rock with a glamorous magpie feel." Promoting his solo projects during 2017, Styles opted for "candyfloss" pink suits, printed satin flares, gradually heightening heels, a style described as "flamboyant look." Regarding his favoritism for pink, he quoted The Clash's Paul Simonon in an interview: "Pink is the only true rock & roll colour."

Styles was in a relationship with The Xtra Factor presenter Caroline Flack from November 2011 to January 2012, which caused controversy and criticism over their 14-year age gap. Styles also dated singer Taylor Swift from October 2012 to January 2013. He is an avid art collector.

In 2016, the media reported Styles attended a Brexit debate at the House of Lords. Asked by The Sunday Times who he planned to vote for in 2017 Britain's general election, he answered, "Honestly, I’m probably going to vote for whoever is against Brexit." In an interview with The Sun in 2017, Styles was asked if he has ever personally labelled his sexuality, Styles said, "No, I’ve never felt the need to really. I don’t feel like it’s something I’ve ever felt like I have to explain about myself." 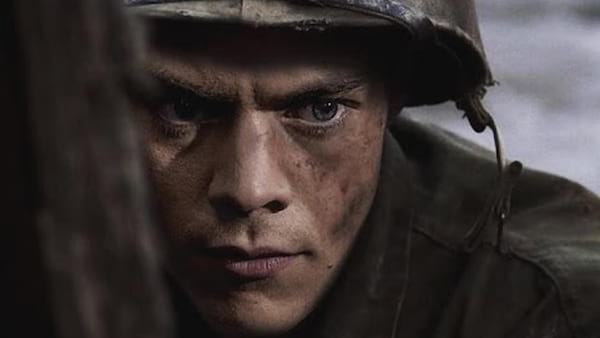 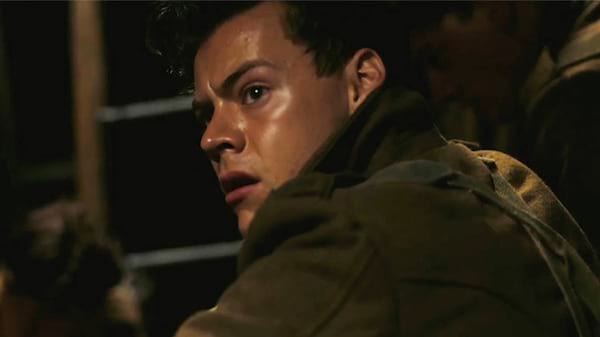 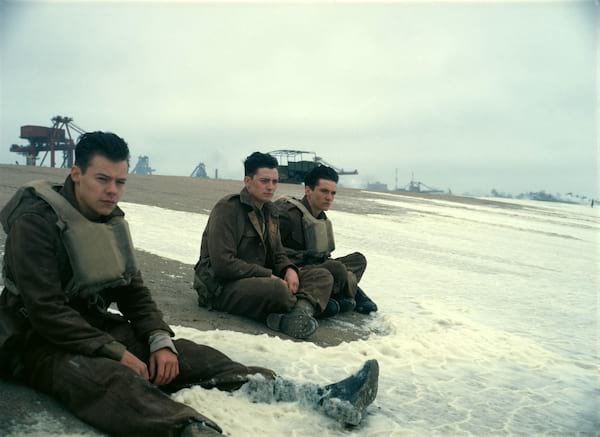