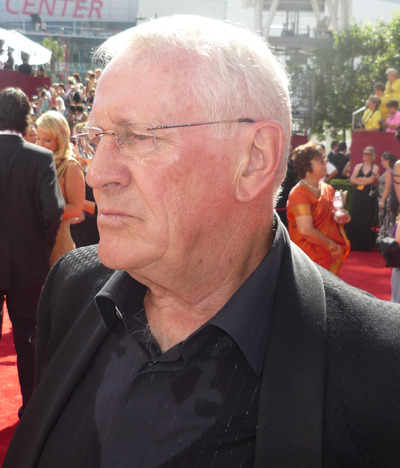 Born in Winnipeg, Manitoba, in Canada, Cariou is the son of Molly Estelle (née Moore) and George Marius Cariou, a salesman. His father was French Canadian and his mother was of Irish descent. Cariou attended Miles MacDonell Collegiate for grades ten and eleven where he directed and starred in the school plays and he later attended St Paul's College.

Cariou started acting in Winnipeg at the Manitoba Theatre Centre and later at the Stratford, Ontario, tackling classical roles like King Lear, Macbeth, Prospero, Coriolanus, Brutus, Petruchio, Iago, Oberon, and Henry V. He was offered a scholarship at the National Theatre School of Canada in Montreal but, married with a young child and financial responsibilities, he rejected it. Cariou also became a lead actor at the Tyrone Guthrie Theatre  in Minneapolis in the 1960s, where he played Orlando in As You Like It, and Agamemnon in Tyrone Guthrie's compilation of The House of Atreus.  In 1968, Cariou made his Broadway debut in The House of Atreus. Two years later he landed his first starring role in Applause, a musical adaptation of the film All About Eve. It earned him a Tony Award nomination as Best Actor in a Musical and won him the Theatre World Award. In 1973 he garnered his second Tony nod for A Little Night Music; he repeated the role for the 1977 film version. Six years later he won both the Tony and a Drama Desk Award for his portrayal of Sweeney Todd: The Demon Barber of Fleet Street in the Stephen Sondheim musical. During these years, Cariou also appeared in a number of benefits, including A Christmas Carol for the Riverside Shakespeare Company in New York, playing Scrooge, with Helen Hayes, Raul Julia, and Mary Elizabeth Mastrantonio, directed by W. Stuart McDowell at the Symphony Space in 1985. His next projects, the Alan Jay Lerner–Charles Strouse musical Dance a Little Closer (1983), Arthur Miller's sole musical, Up from Paradise (1983),  Teddy & Alice (1987), Ziegfeld (1988), and Lady in White (1988) proved to be far less successful.

From 1986 to 1992, Cariou was seen on multiple episodes of the popular television mystery series, Murder She Wrote opposite his good friend and former Sweeney Todd costar Angela Lansbury.  Cariou portrayed the recurring character of Michael Hagerty.  Hagerty was an Irish international man of mystery who worked as a secret agent for British MI-6.  He would get Jessica Fletcher (Angela Lansbury), the title character of the show, involved in mysteries involving international intrigue.