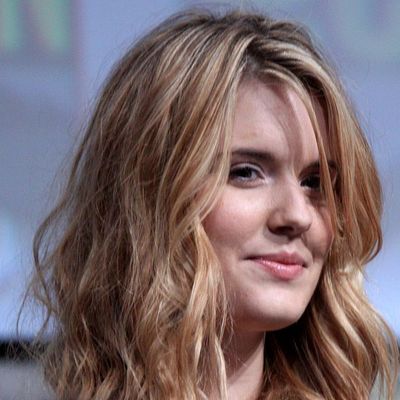 Margaret Grace Denig (born September 21, 1983), known professionally as Maggie Grace, is an American actress. Originally from Worthington, Ohio, she dropped out of high school to move to Los Angeles with her mother after her parents' divorce. While struggling financially, she landed her first role as the title character in the web-based video series Rachel's Room in 2001. She went on to earn a Young Artist Award nomination in 2002 with her portrayal of 15-year-old murder victim Martha Moxley in the television movie Murder in Greenwich.

In 2004, Grace was cast as Shannon Rutherford in the television series Lost, on which she was a main cast member for the first two seasons, winning a Screen Actors Guild Award shared with the ensemble cast. Leaving the series, Grace was keen to work more prominently in film, having starred opposite Tom Welling in The Fog in 2005. She appeared in Suburban Girl, The Jane Austen Book Club (both 2007), and opposite Liam Neeson as Kim Mills in Taken in 2008. She reprised the role, four years later, in Taken 2 (2012). She played the lead role, Alice, inMalice in Wonderland, a modern take on Lewis Carroll's novel Alice's Adventures in Wonderland. Grace reprised the role of Shannon in two more episodes of Lost, including the series finale. In 2013, she appears in the sixth season of Californication (TV series). She portrays Faith, a groupie and a muse to the stars, who captures the eye of Hank Moody played by David Duchovny.

Grace was born Margaret Grace Denig in Worthington, Ohio, the second of three children of parents Valinn (née Everett) and Rick Denig, who ran a family jewelry business. Her family lived in a 200-year-old house, the first saltbox house in central Ohio. She attended Worthington Christian Schools from kindergarten through ninth grade and briefly attended Thomas Worthington High School, where she began acting in school plays and community theater, including a 2000 Gallery Players production of The Crucible, at a local Jewish Community Center (though she is not Jewish).[6][7] Her parents divorced "amicably" when she was 16 years old, and her mother sought a "fresh start". Grace dropped out of high school to move to Los Angeles, California with her mother, while her younger siblings Ian Denig and Marissa Palatas (married to Nick Palatas) continued to live with their father. In Los Angeles, Grace and her mother moved around often as they struggled financially, taking out short-term rents rather than paying for permanent residence while eating a basic diet, as it was all they could afford.

Grace acquired an agent within a week of relocating to Los Angeles and enrolled in acting classes. She landed her first role in Rachel's Room, a 2001 web-based video series about the affairs inside a teenage girl's bedroom that was created by Dawson's Creek executive producer Paul Stupin. Her next role was on the 2002 television series Septuplets, which was cancelled before the first episode had aired. Her breakout role was on 2002's television movie Murder in Greenwich, based on the true story of 15-year-old Martha Moxley's murder. She was nominated for a Young Artist Award for her portrayal of Moxley in the Best Performance in a TV Movie, Miniseries or Special – Leading Young Actress category, but lost to Clara Bryant for Tru Confessions. She went on to feature in minor roles on the television series CSI: Miami,The Lyon's Den, Miracles, Like Family, Cold Case and Law & Order: Special Victims Unit, and the films Twelve Mile Road and Creature Unknown.

Grace lived in Honolulu, Hawaii while working on Lost, saying "I love it here, but it's not a place you can really pursue acting." She claimed that, while living in Hawaii, her Lost co-stars would introduce her to men and that some "would probably have me with a different guy every night." She said that her male co-stars were "mostly very protective" and "very opinionated" when deciding whether she should date certain men; actor Josh Holloway once offered to help her select dates from a portfolio of male models with whom he previously worked. Grace and Ian Somerhalder, her onscreen stepbrother, dated in April 2006 after both had left Lost. When asked about Somerhalder in August, she stated, "Ian's great, I adore him, although I'm only 22 – far too young to even think about having a serious relationship." While still working on Lost, Grace and Somerhalder adopted a feral cat named Roo which they found "literally dying" in the jungle on the set. She said that the cat is now her "travel buddy." In 2008 and 2009, she dated Blake Mycoskie, a contestant on the second season of The Amazing Race and founder of TOMS Shoes.

Grace says that the person she is most inspired by is her mother. When asked about her closest friend, she said that she and her mother were more like sisters and that she is "lucky to have an exceptionally cool mum."