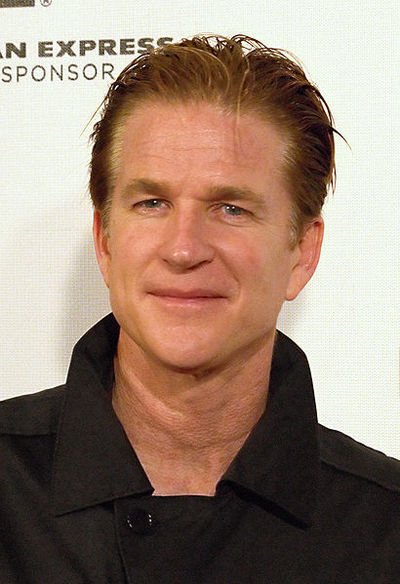 Modine, the youngest of seven children, was born in Loma Linda, California, the son of Dolores (née Warner), a bookkeeper, and Mark Alexander Modine, who managed drive-in theaters. He is a nephew of a stage actress Nola Modine Fairbanks. He lived in Utah for several years, moving every year or two. The drive-in theaters his father managed were being torn down because the land beneath them exceeded the value of the theaters. The Modines moved to Imperial Beach, California where Matthew attended Junior and High School. After graduation Matthew moved to New York City to pursue art and theatre.

His first film role was in John Sayles' Baby It's You. His performance caught the eye of director Harold Becker, who cast him in Vision Quest based on the novel by Terry Davis. He appeared in thesex comedy Private School, co-starring Phoebe Cates and Betsy Russell. The director Robert Altman propelled Modine to international stardom with his film adaptation of David Rabe's play Streamers. Modine and his fellow castmates won an unprecedented Best Actor prize from the Venice Film Festival for the tragic story of young American soldiers about to be shipped to Vietnam. Modine played Mel Gibson's brother in Mrs. Soffel and starred with Nicolas Cage in Alan Parker's Birdy. The film was awarded a prize at the Cannes Film Festival. The actor also famously turned down the role of LT Pete "Maverick" Mitchell (the role that Tom Cruise made famous) because he felt the film's pro-military stance went against his politics.

Modine might be best known for his role as Private Joker, the central character of Stanley Kubrick's 1987 war movie Full Metal Jacket.

He is married with two children and lives in West Chelsea, Manhattan. He was friends with Natasha Richardson before her death.