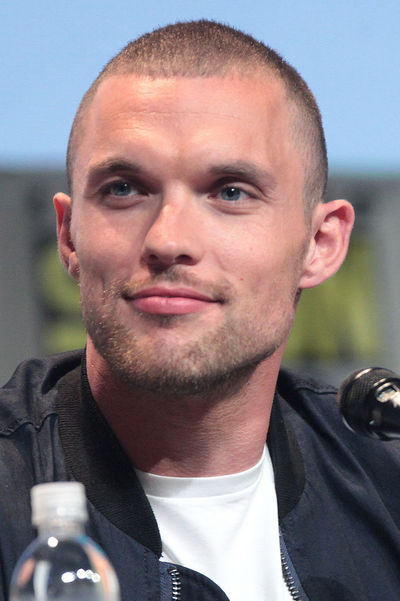 Edward George Skrein (born 29 March 1983 in Camden, London) is an English rapper and actor. He is best known for his brief portrayal as Daario Naharis in the third season of Game of Thrones, as well as his upcoming roles as Frank Martin in The Transporter: Refueled (2015) and as Ajax in Deadpool (2016).

Skrein lived north London, London Borough of Haringey, Islington and Camden. Skrein got into crime at an early age, which resulted in him getting stabbed at the age of 17. After the injury, he subsequently quit the lifestyle, and was interested in becoming a role model to the youths. Skrein also then graduated from Central Saint Martins with a BA Hons degree.

In 2004 Skrein released a three track EP including the songs "Mind Out", "Once Upon A Skrein" and "The Youth" under the record label Dented Records. In 2007, Skrein released his first album, The Eat Up. He has collaborated with a variety of artists including Foreign Beggars, Asian Dub Foundation, Plan B, Dubbledge, Doc Brown.

Skrein made his acting debut in Plan B's short film Michelle. After the short film's critical acclaim, Skrein got his first lead role in Plan B's Ill Manors. Skrein portrayed Daario Naharis in the third season of the cult series Game of Thrones. In 2014, Skrein got the lead role in The Transporter: Refueled. In 2015, it was confirmed that Skrein would be playing villain Ajax in Fox's Deadpool.

Skrein lives with his wife and their son, Marley, in London. Since he was 15 years old, Skrein has been a swimming coach for the local community as he treasures building the youth's self-esteem and confidence.