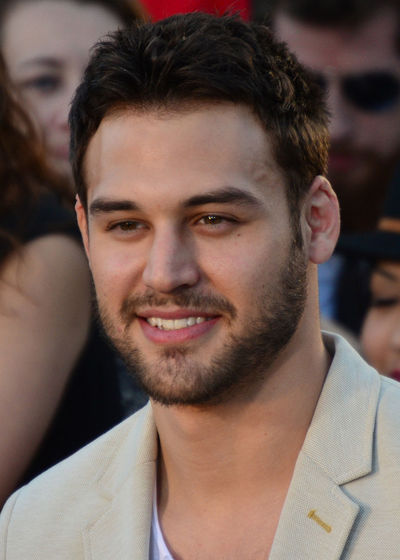 Ryan Anthony Guzman (born September 21, 1987) is an American actor. He portrayed Sean Asa in the Step Up series, Noah Sandborn in The Boy Next Door, Carlos Gutierrez in the mini-series Heroes Reborn and Roper in Richard Linklater's Everybody Wants Some!!. He is starring in Fox first responder drama series 9-1-1, playing LAFD firefighter Eddie Diaz.

Guzman was born in Abilene, Texas. His father, Ray Guzman, is Mexican. His mother, Lisa (née Hudson), who was born in California, has English, German, French, Dutch, and Swedish ancestry. He moved to Sacramento, California, his mother's native city, at a young age.  He graduated from West Campus High School in 2005. He attended Sierra College. Guzman has a younger brother, Steven.

Guzman and his girlfriend, Brazilian actress Chrysti Ane, announced in September 2018 that they were expecting their first child, and would soon reveal it to be a boy. Their son was born in January 2019. Their son is named Mateo.