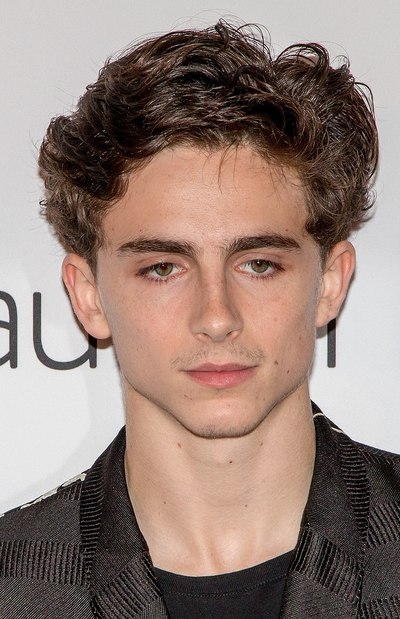 Timothée Hal Chalamet (born December 27, 1995) is an American actor. He began his acting career in short films, before appearing in the television drama series Homeland in 2012. Two years later, he made his feature film debut in the drama Men, Women & Children and subsequently appeared in Christopher Nolan's science-fiction film Interstellar.

In 2017, Chalamet gained wider recognition for his supporting roles in the coming-of-age film Lady Bird and the western Hostiles, and for his lead role in Luca Guadagnino's romantic drama Call Me by Your Name. The latter earned him a nomination for the Academy Award for Best Actor, making him the third-youngest nominee in the category. The following year, he portrayed a drug-addicted teenager in the drama Beautiful Boy, for which he received a nomination for the BAFTA Award for Best Actor in a Supporting Role.

On stage, Chalamet has starred in John Patrick Shanley's autobiographical play Prodigal Son, for which he was nominated for a Drama League Award and won a Lucille Lortel Award.

Chalamet was born on December 27, 1995 in New York City's Manhattan borough and grew up in the Hell's Kitchen neighborhood. His parents are Nicole Flender, a real estate broker and former Broadway dancer, and Marc Chalamet, an editor for UNICEF. His American mother, a third-generation New Yorker, is Jewish (of Russian Jewish and Austrian Jewish descent), and his French father, who lived in Nîmes, is from a Protestant background.

Growing up, Chalamet spent summers in Le Chambon-sur-Lignon, a small French village two hours away from Lyon, at the home of his paternal grandparents. His paternal grandmother, who had moved to France, was originally Canadian. Chalamet stated that his time in France led to cross-cultural identity issues. "Once I was there, I became the French version of myself," he told La Presse. "I was completely imbued with the culture, and I even dreamed in French." His childhood dream was to become a professional soccer player, "I was a coach at a soccer camp in France. I coached six to ten-year-olds when I was around thirteen."

Chalamet attended PS 87 William T. Sherman School for elementary school, and later the selective Delta program at MS 54 Booker T. Washington Middle School, which he described as a "miserable three years" due to the lack of a creative outlet within the school's academically rigorous environment. His acceptance into Fiorello H. LaGuardia High School of Music & Art and Performing Arts was a turning point in his appreciation for acting. He stated, "I had some excellent teachers and really fell in love with it. I saw that it could be and should be treated as a craft". Harry Shifman, his sophomore year drama teacher at LaGuardia, was so impressed by his audition that he insisted on Chalamet's acceptance into the school even though he had been rejected in the interview, saying "I gave him the highest score I've ever given a kid auditioning." He graduated in 2013 and starred in school musicals as Emcee in Cabaret and Oscar Lindquist in Sweet Charity. He is also a YoungArts alumnus.

As a child, Chalamet appeared in several commercials and acted in two horror short films like Sweet Tooth and Clown before making his television debut on an episode of the long-running police procedural series Law & Order (2009), playing a murder victim. He followed this with a minor role in the television film Loving Leah (2009). In 2011, he made his stage debut in the Off-Broadway play The Talls, a coming-of-age comedy set in the 1970s, in which he played a sexually curious 12 year-old Nicholas. The chief theatre critic of New York Daily News wrote "Chalamet hilariously captures a tween's awakening curiosities about sex." In 2012, he had recurring roles in the drama series Royal Pains and in the critically acclaimed spy-thriller series Homeland, in which he played Finn Walden, the rebellious son of the Vice President. Along with the rest of the cast, Chalamet was nominated for a Screen Actors Guild Award for Outstanding Performance by an Ensemble in a Drama Series.

In 2014, he made his feature film debut in a minor role in Jason Reitman's critically panned Men, Women & Children. Later that year, he played the role of Tom Cooper, the son of Matthew McConaughey's character, in Christopher Nolan's Interstellar. The film received positive reviews, with critics praising the cast's performances, and grossed over $675 million worldwide. Also in 2014, Chalamet played the younger version of the co-lead role in Worst Friends, a comedy which had a limited theatrical release and received positive reviews. In 2015, Chalamet co-starred in Andrew Droz Palermo's fantasy-thriller One & Two, playing the role of Zac, a son who along with his sister, begins to explore unusual abilities and dark family secrets when their mother falls ill. The film premiered at the Berlin International Film Festival, where it received mainly mixed reviews, before its limited theatrical release. His next role was playing the teenage version of James Franco's character, Stephen Elliott, in Pamela Romanowsky's The Adderall Diaries. In his final role of 2015, Chalamet played Charlie Cooper, the sullen grandson of Diane Keaton and John Goodman's characters in the Christmas comedy Love the Coopers, which received negative reviews.

In February 2016, he starred as Jim Quinn in the autobiographical play Prodigal Son at Manhattan Theatre Club. Handpicked by its playwright and director John Patrick Shanley and producer Scott Rudin, Chalamet portrayed a younger Shanley, a misfit Bronx kid in a prestigious New Hampshire prep school set in 1963. He received rave reviews for his performance and was nominated for the Drama League Award for Distinguished Performance and won the Lucille Lortel Award for Outstanding Lead Actor in a Play. Chalamet also co-starred opposite Lily Rabe in Julia Hart's Miss Stevens as the troubled student Billy. Stephen Farber of The Hollywood Reporter wrote: "He is compelling even when he's just watching silently and reacting to the other characters. When he has to explode with rage or manic energy, he's startling. And in the drama competition, his reading of a climactic speech from Death of a Salesman suggests that this young actor has a bright future in many different media. (I don't know if I've ever seen a better performance of that speech.)" Stephen Holden of The New York Times compared him to James Dean.

After being attached to the project for three years, Chalamet starred in Luca Guadagnino's Call Me by Your Name, based on the novel of the same name, by André Aciman. The story revolves around a young man named Elio who, living in Italy during the 1980s, falls in love with Oliver (Armie Hammer), a university student who has come to stay with his family. In preparing for the role, Chalamet learned to speak Italian and play the guitar; he also practiced playing the piano. The film premiered at the 2017 Sundance Film Festival; Chalamet's performance was acclaimed. Olly Richards of Empire wrote, "In a film in which every performance is terrific, Chalamet makes the rest look like they're acting. He alone would make the film worth watching". Jon Frosch of The Hollywood Reporter wrote "No performance this year felt as emotionally, physically and intellectually alive", and included Chalamet in the magazine's list of the best performances of the year. The New York Times featured Chalamet in their list of the best actors of the year. For his work in Call Me by Your Name, Chalamet won a Gotham Award for Breakthrough Actor, and received nominations for a Golden Globe, SAG Award, BAFTA Award and Academy Award, all for Best Actor. He is the third-youngest person in history to be nominated at the Oscars in the Best Actor category, and the youngest since Mickey Rooney in 1939.

In his second film of 2017, Chalamet played Daniel, a gawky teenager who gets swept up in the drug-dealing business over the course of a summer, in Elijah Bynum's directorial debut, Hot Summer Nights. It received a limited theatrical release in July 2018 and generated mixed reviews from critics, though Chalamet's performance was often highlighted. Later that year, he played Kyle Scheible, a rich hipster in a band and the love interest of Saoirse Ronan's character in Lady Bird, the critically acclaimed solo directorial debut of Greta Gerwig. Critics praised the ensemble cast, with Ty Burr of The Boston Globe taking particular note of Chalamet's "hilarious" performance. December saw the release of Chalamet's final film of 2017, Scott Cooper's western Hostiles, in which he played soldier Philippe DeJardin, alongside Christian Bale.

In 2018, Chalamet was invited to join the Academy of Motion Picture Arts and Sciences. Later that year, Chalamet portrayed Nic, a teenager addicted to methamphetamine who shares a strained relationship with his father, the journalist David Sheff (portrayed by Steve Carell), in the drama Beautiful Boy. The film is directed by Felix Van Groeningen and is based on a pair of memoirs—the elder Sheff's memoir of the same name and Tweak: Growing Up on Methamphetamines by Nic Sheff. Owen Glieberman of Variety compared Chalamet's acting in Call Me by Your Name and Beautiful Boy, stating that "Nic, [whom he portrays] in his muffled millennial James Dean way, [as] skittery and self-involved" is a transformation from the "marvelous directness" he displayed in the former. He received nominations for Best Supporting Actor at the SAG, Golden Globe and BAFTA award ceremonies.

Chalamet next starred in Woody Allen's A Rainy Day in New York (2019). Due to an accusation of sexual assault against Allen, Chalamet donated his salary to the charities Time's Up, LGBT Center of New York, and RAINN.

As of July 2019, Chalamet has four upcoming projects. He will portray Henry V of England in David Michôd's historical Netflix drama The King, with Lily-Rose Depp and Robert Pattinson. He will then play Theodore "Laurie" Laurence in Greta Gerwig's Little Women, an adaptation of Louisa May Alcott's novel of the same name, featuring an ensemble cast that also includes Saoirse Ronan, Emma Watson, Laura Dern, and Meryl Streep. He also will star as the main character Paul Atreides in Denis Villeneuve's adaptation of Dune, and in Wes Anderson's ensemble drama The French Dispatch.

Chalamet resides in New York City. He is fluent in English and French. He holds dual citizenship in the United States and France. 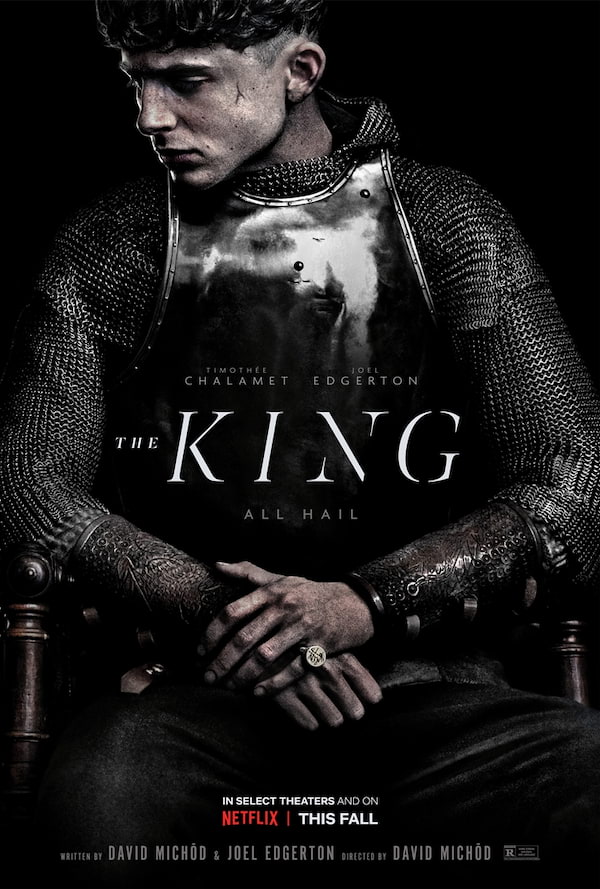 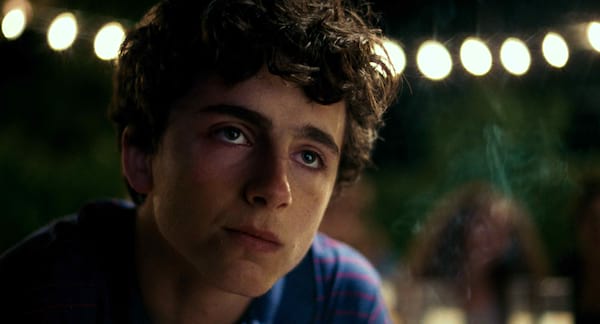 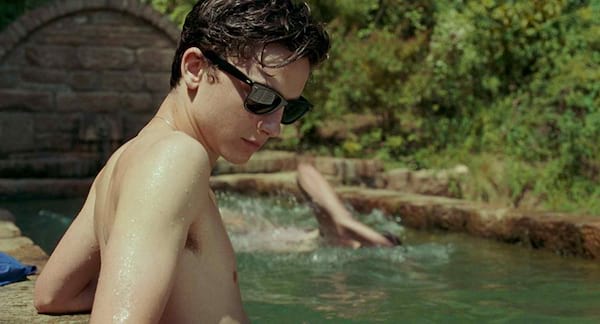 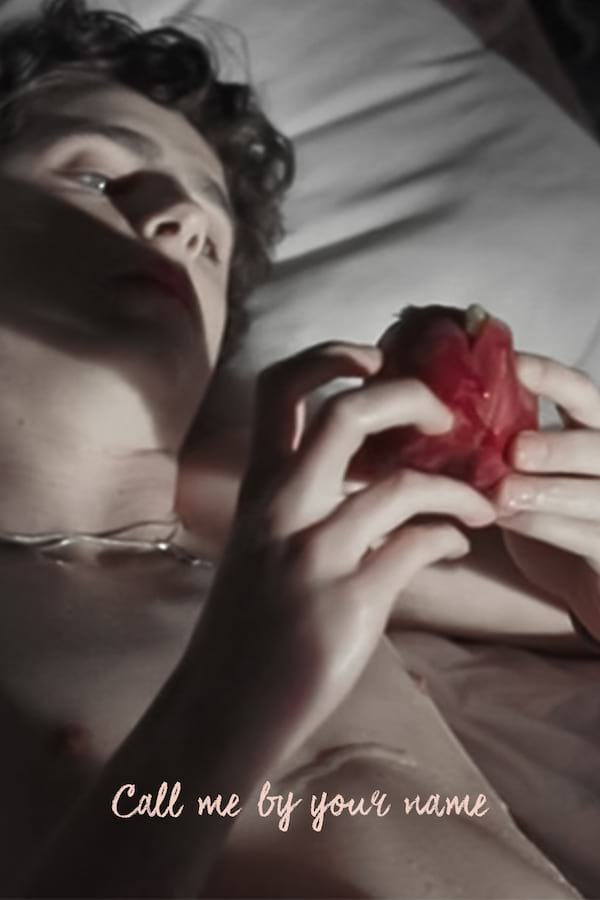