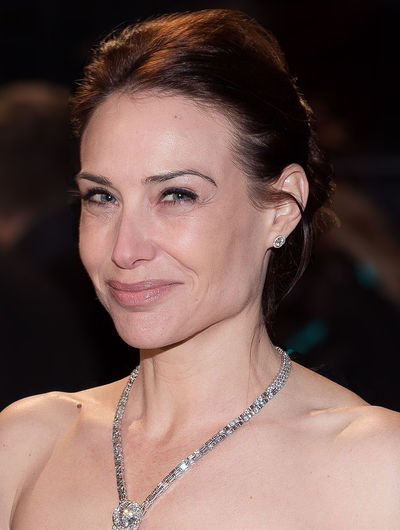 Claire Antonia Forlani (born c. 1972) is an English actress. She is best known for her roles in films such as Mallrats, Basquiat, and Meet Joe Black.

Claire Forlani was born in 1972 in Twickenham, London, the daughter of Barbara (née Dickinson), who was English, and Pier Luigi Forlani, a music manager from Ferrara, Italy. At age 11, Forlani entered the Arts Educational School in London, where she began to study acting. During her six years at the school, she also studied dance, which led to performances on stage in The Nutcracker and Orpheus in the Underworld.

Forlani's parents moved to San Francisco in 1993, in order to allow for wider casting opportunities in Hollywood films. Subsequently, Forlani was cast in the television mini-series J.F.K.: Reckless Youth and the film Police Academy: Mission to Moscow. In 1995, she played the supporting role of Brandi Svenning in Mallrats. In 1996, Forlani appeared in a supporting role as Sean Connery's daughter in the film The Rock. She continued to appear in both widely released and smaller-budget films. In 1998, she starred with Anthony Hopkins and Brad Pitt in Meet Joe Black. She then appeared in Antitrust, a thriller released in January 2001. Forlani was the new face of L'Oréal in 2001. She has been ranked no. 51 (2000) and no. 89 (2001) in Stuff magazine's "100 Sexiest Women", no. 85 (2001) in FHM magazine's "100 Sexiest Women" and was slotted in Loaded's "Hot 100 Babes". In 2003, she co-starred with Jackie Chan in The Medallion.

In autumn 2006, Forlani joined the cast of CSI: NY in a recurring role as a medical examiner, Dr. Peyton Driscoll. In February 2007, Forlani portrayed Tori Bodeen in the film version of Nora Roberts's best-selling book Carolina Moon. In 2008, she starred opposite Daniel Craig in Flashbacks of a Fool. In 2011, Forlani played Queen Igraine in Camelot and Kate Templeton in Love's Kitchen alongside her husband Dougray Scott.

In 2011, Forlani made an appearance in NCIS: Los Angeles as Agent Lauren Hunter, replacing Henrietta Lange (Linda Hunt) temporarily as the operations director at NCIS for the end of season 2. She later appeared in season 3's finale, where her character is killed in a car bombing.

Forlani has appeared in a series of television commercials for Dewar's Scotch whisky, in which she affects a Scottish accent.

In 2015, Forlani was one of the narrators of the documentary, Unity.