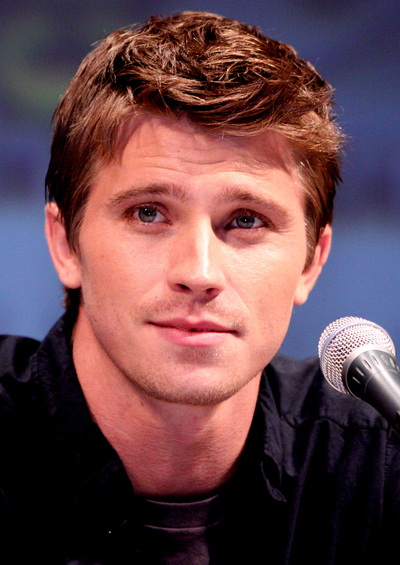 Hedlund was born in Roseau, Minnesota, the son of Kristine Anne (née Yanish) and Robert Martin Hedlund. He has an older brother, Nathaniel, and an older sister, Amanda. His father is of Swedish descent. Hedlund was raised on a remote beef cattle farm near the small town of Wannaska, Minnesota. At fourteen he moved to live with his mother in Arizona, where he saved his waiter’s tips to pay an acting coach $60 an hour to work on speeches and script material. Modelling gigs for LL Bean and Teen magazine followed. "Someone said to me, 'If you want to catch a fox, you’ve got to be in the forest." So in 2003 at the age of eighteen, Garret moved to Los Angeles to pursue his acting career.

His first movie role was as Patroclus in Troy. The film, which starred Brad Pitt, was released May 14, 2004. He also starred as Don Billingsley in the 2004 drama film Friday Night Lights in which Tim McGraw played his abusive father.

He starred as Jack Mercer alongside Mark Wahlberg in the action/crime film Four Brothers. He next appeared in the film Eragon in a supporting role as Murtagh. In 2007, he starred in the Garry Marshall-directed comedy-drama Georgia Rule, alongside Lindsay Lohan and Jane Fonda. The film, which was released May 11, 2007, was negatively received by critics and failed to surpass box office expectations, only making a lifetime gross of $41 million. He also starred in Death Sentence opposite Kevin Bacon. In 2010, he played a leading role alongside Jeff Bridges in Tron: Legacy, a sequel to the 1982 film Tron. The film was released on December 17, 2010.

In 2012, Hedlund began dating his On the Road co-star, Kirsten Dunst.