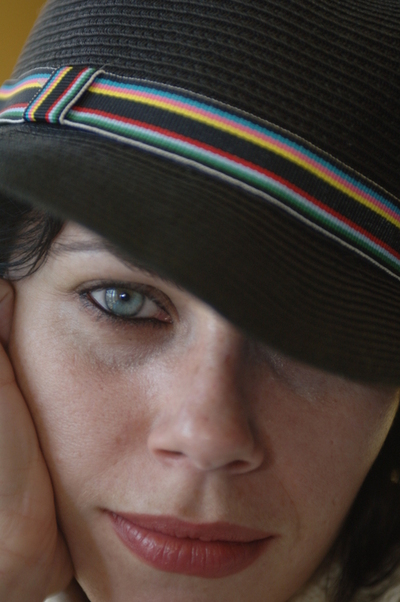 Fairuza Balk (born May 21, 1974) is an American film actress. She made her theatrical film debut as Dorothy Gale in Disney's Return to Oz. Balk also made notable appearances in Valmont, The Craft,The Island of Dr. Moreau, American History X, The Waterboy, and Personal Velocity: Three Portraits.

Balk was born as Fairuza Alejandra Feldthouse in Point Reyes, California. Her first name is Persian for "turquoise". Until age two, Balk lived in Cloverdale, California with her mother. They then moved to Vancouver, British Columbia, where she began acting at age six. They moved from London to Paris for another role. They remained there for six months before returning to Vancouver. Balk moved to Los Angeles as a young woman upon signing to act in The Craft.

Fairuza's mother, Cathryn Balk, has studied, performed, and taught the ethnic and traditional dance forms of many countries such as Egypt, Turkey, Morocco and Spain. Her father, Solomon Feldthouse, was one of the founding members of the 1960s psychedelic rock group Kaleidoscope, and is also a traveling folk musician. He was born in Pingree, Idaho and moved to Turkey at age 10, where he lived for six years and learned Greek, Turkish and Persian music. Balk claims Romani and Cherokee ancestry through her father.

While in London, Balk was cast by Walt Disney Productions to star as Dorothy Gale in Return to Oz, the unofficial sequel to MGM's 1939 musical The Wizard of Oz. It was not her debut role; that role had been in a television movie titled The Best Christmas Pageant Ever, produced in 1983. However, it was the one that brought her attention as an actress.