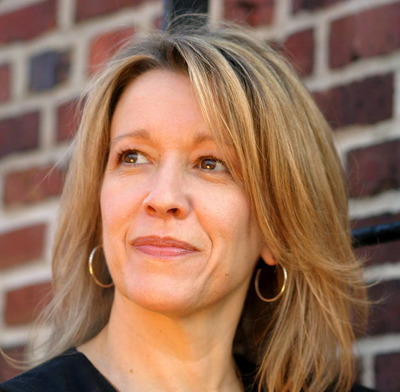 Linda Emond (born May 22, 1959) is an American stage, film and television actress.

Emond graduated with an MFA from the Professional Actor Training Program at the University of Washington in Seattle.

Emond appeared in the Broadway productions of the musical 1776 (1997) as Abigail Adams and in Yasmina Reza's play Life x 3 (2003), for which she received a nomination for the 2003 Tony Award as Best Featured Actress in a Play. She is currently starring as Linda Loman in the Broadway revival of Death of a Salesman, which opened on March 16, 2012 opposite Philip Seymour Hoffman.

Emond debuted on the New York stage in the Off-Broadway play Nine Armenians in 1996 at the Manhattan Theatre Club for which she received a Drama Desk Award nomination. She was cast as the character "Elaine" in the Craig Lucas play The Dying Gaul at the Vineyard Theater in 1998.

Emond's film and television roles include Simone Beck in 2009s Julie & Julia, Georgia O'Keeffe (2009) a made-for-television film for Lifetime, and as Abigail Adams in American Experience: John and Abigail Adams for PBS. In 2009 she played the role of Mary Ann McCray in the Hallmark Hall of Fame television presentation of A Dog Named Christmas. She has also appeared in the Gossip Girl, Law and Order television series and the series The Good Wife.