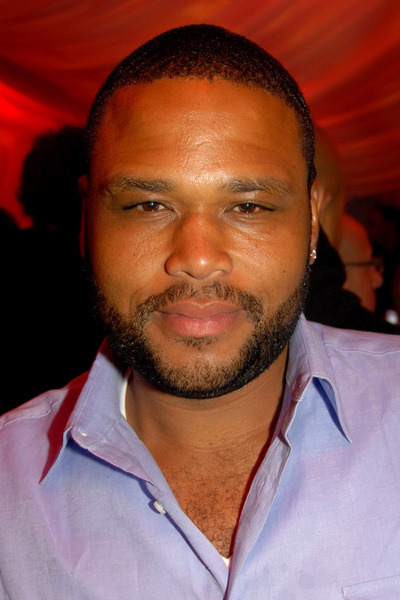 Anthony Anderson (born August 15, 1970) is an American actor and writer. He has starred in his own sitcom, All About the Andersons, as well as the Fox sitcom The Bernie Mac Show during the fifth and final season of the show. He is also known for his leading roles in television dramas such as K-Ville, The Shield and Law & Order. He has also had supporting roles in films such as Transformers, The Departed, Agent Cody Banks 2: Destination London, Scream 4, and Kangaroo Jack.

Anderson was born and raised in Compton, California, a suburb of Los Angeles. His mother, Doris (née Hancox), was a telephone operator and actress, and his stepfather, Sterling Bowman, was a native of Little Rock, Arkansas, who moved to Los Angeles to work in the steel mill industry before opening a chain of three clothing stores. According to a DNA analysis, Anderson descends from the Bubi people of Bioko Island (Equatorial Guinea), and from the Tikar, Hausa, and Fulani people of Cameroon.

Anderson has stated that his first attempt at stand up comedy was a failure. He appeared at The Comedy Act Theater billed as comedian "Tasty Tony, the One and Only, and if there's another, he's a phony." When his stage name was announced, he was booed off the stage before ever saying a word. Although this experience was a blow to his ego, he did meet his future friend and fellow comedic actor Guy Torry there, who consoled him after the show and encouraged him to keep getting up on stage. He and Guy would later act together in the Eddie Murphy film titled Life. Anderson is an alumnus of the Hollywood High School Performing Arts Magnet's Class of 1988 and Howard University. He trained with actors such as Avery Brooks,Ruby Dee and Ossie Davis.

His television work includes a lead role in the teen series Hang Time as Teddy Broadis. He had many one-off and guest roles on major series such as NYPD Blue, Malcolm & Eddie, In the House, and Ally McBeal. Recurring roles were on several series such as 'Til Death and The Bernie Mac Show. He was the central character in the series All About the Andersons, which lasted for one season on The WB. Anderson joined the cast of the long-running NBC crime drama television series, Law & Order in 2008. He previously starred in two other crime series, Fox's K-Ville (as one of the lead characters) and Fox's cable channel FX's The Shield. Anderson is in an Atom.com Web show Matumbo Goldberg.

After his film debut in Liberty Heights, Anderson has been performing as an actor, often in comedic roles, for many years. Among his more prominent feature films are: Kangaroo Jack, My Baby's Daddy, Hustle & Flow, and Agent Cody Banks 2: Destination London. In June 2010, he was cast in a minor role in Scream 4.

In 1995, he married his college sweetheart, Alvina. The couple have two children. They currently live in Hancock Park, Los Angeles. Anderson has diabetes, and has been active in diabetes awareness.