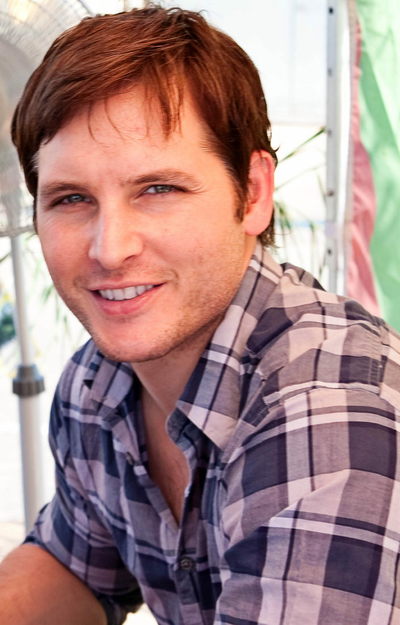 Peter Facinelli (born November 26, 1973) is an American actor and producer. He became known as the star of Fox's 2002 television series Fastlane. He plays Dr. Carlisle Cullen in the film adaptations of the Twilight series. He is also well known for his role as Mike Dexter in the film Can't Hardly Wait. He is currently a regular on the television series Nurse Jackie portraying the role of Dr. Fitch "Coop" Cooper.

Facinelli grew up in Ozone Park, Queens, the son of Italian immigrants Bruna (née Reich), a homemaker, and Pierino Facinelli, a waiter. His parents are from the Val di Non valley, which is located in Trentino, Northern Italy. His father is from Revò, while his mother is from Spormaggiore. He was raised Roman Catholic and attended St. Francis Preparatory School in Fresh Meadows, New York. He studied acting at New York University, as well as at the Atlantic Theater Company Acting School in New York City; his teachers there included William H. Macy, Felicity Huffman, Giancarlo Esposito and Camryn Manheim.

Facinelli made his feature film debut in Rebecca Miller's Angela in 1995 and came to the attention of critics in the TV-movie The Price of Love later that year. In 1996, Facinelli played opposite his then-future wife Jennie Garth in An Unfinished Affair. Other TV roles followed, including a part in After Jimmy (1996) and a college dropout in Calm at Sunset. Facinelli co-starred with Amanda Peet and Michael Vartan in the 1997 AIDS-themed drama Touch Me (1997) and co-starred as a high school student in two 1998 features with Ethan Embry and Breckin Meyer, Dancer, Texas Pop. 81, and Can't Hardly Wait, which starred Jennifer Love Hewitt.

Facinelli appeared in the sci-fi film Supernova starring James Spader in 2000. He made appearances in Riding in Cars with Boys in 2001 and The Scorpion King in 2002, followed by a leading role in the Fox drama Fastlane. Facinelli had a recurring role in the HBO series Six Feet Under in 2004 and a role in the FX original series Damages beginning in 2007. Facinelli starred in Hollow Man 2 with Christian Slater. It was released direct-to-video in May 2006.

Facinelli has been dating actress Jaimie Alexander since late 2012.