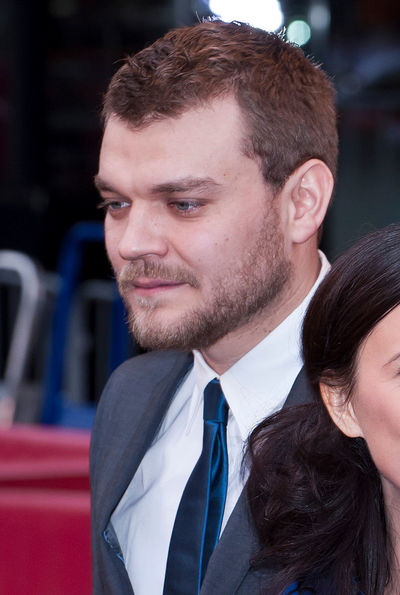 Johan Philip "Pilou" Asbæk (born 2 March 1982) is a Danish actor. He is best known for his role as troubled spin doctor Kasper Juul in the Danish TV political drama Borgen, and plays Euron Greyjoy in the TV series Game of Thrones.

Asbæk was born in Copenhagen, Denmark, the son of gallery owners Maria Patricia (née Tonn) and Jacob A. Asbæk, who run Galerie Asbæk in Copenhagen. His mother was born in Casablanca, Morocco, to a Danish father and a French mother. His father is from Hammel, Denmark. He has two older brothers, Thomas Asbæk, an art consultant at Asbæk Art Consulting, and Martin Asbæk, a gallery owner at Martin Asbæk Gallery.

Asbæk went to boarding school at Herlufsholm School where he was active in drama productions. He graduated from Denmark's Danish National School of Theatre (Danish: Statens Teaterskole) in summer 2008.

In 2009, Asbæk played soldier David Grüner in an episode of the second season of another Danish TV series, The Killing (Danish: Forbrydelsen).

From 2010 to 2013, Asbæk played the spin-doctor, Kasper Juul, in the critically lauded Danish TV series Borgen written by Tobias Lindholm about the politics of a female Prime Minister of Denmark. Asbæk's performance was uniformly praised by critics. In 2014, the Danish public-funded DR cast Asbæk as Didrich, a landowner suffering from post-traumatic stress disorder, in a big-budget period TV series called 1864.

In 2016, Asbæk joined the HBO series Game of Thrones in Season 6 as the ruthless pirate captain Euron Greyjoy.

In 2011, Asbæk starred in another piece by Tobias Lindholm, in the film, R, as a Danish convict, portraying a harrowing prison experience. The film was shot in the Dogme 95-inspired style. The next year, in 2012, Asbæk starred in another Tobias Lindholm film called A Hijacking, about Somalian piracy, for which he transformed himself physically, gaining weight to imbue the role with method acting.

In 2013, Asbæk portrayed a flamboyant Danish tycoon named Simon Spies in the movie Sex, Drugs & Taxation (Danish: Spies & Glistrup). Asbæk co-stars opposite in the film with his wife's cousin, the actor Nicolas Bro, who plays the other main character, Mogens Glistrup.

In 2015, Asbæk again collaborated with director Tobias Lindholm in the film, A War (Danish: Krigen), playing a soldier in Afghanistan. The film premiered at the Venice Film Festival.

Asbæk will be co-starring in the upcoming 2016 remake of Ben-Hur which features Jack Huston and Morgan Freeman He will be portraying the character of Pontius Pilate.