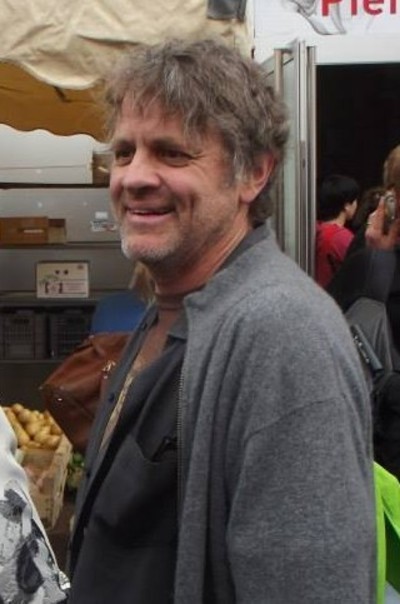 Wedge was born in Binghamton, New York. He became interested in animation when he was 12 years old: "Back then, there was a TV special about kids making cut-out animation in a workshop—as I recall it was yellow ball workshop—it was a clear technique to follow and I followed it. That fascinated me and it got me started. It was so simple, effective and magical in outcome and I stuck with creating things throughout my childhood, teenage years and then college."

He attended Fayetteville-Manlius High School, graduating in 1975. He received his BFA in Film from State University of New York at Purchase in Purchase, New York in 1981, and subsequently earned his MA in computer graphics and art education at the Ohio State University. He has taught animation at the School of Visual Arts in New York City where he met his future film directing partner, Carlos Saldanha.

In 1982, Wedge worked for MAGI/SynthaVision, where he was a principal animator on the Disney film Tron, credited as a scene programmer. Some of his other works include Where the Wild Things Are (1983), Dinosaur Bob, George Shrinks, and Santa Calls.

Wedge is co-founder and Vice President of Creative Development at Blue Sky Studios, one of the premier computer animation studios and producer of Wedge's films. He is the owner of WedgeWorks, a film production company founded by Wedge.

In 1998, he won an Academy Award for the short animated film, Bunny. In 2002, Wedge directed Blue Sky Studios' first computer-animated film, Ice Age. He also voiced Scrat in the film and its following sequels, performing the character's "squeaks and squeals." In 2005, Wedge directed Robots, based on a story he created with William Joyce. In 2013 followed Epic, loosely based on Joyce's book, The Leaf Men and the Brave Good Bugs.

Wedge lives in Katonah, New York with his wife Jeanne Markel. They have a daughter and a son, Sarah and Jack.