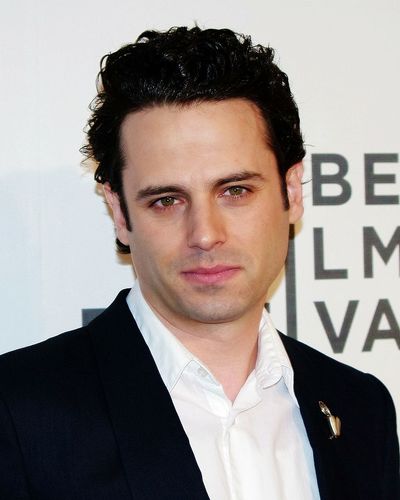 Kirby was born in Hamilton, Ontario, to American parents. His mother is from Brooklyn, New York, and his father grew up "along the eastern seaboard." His parents moved from New York City, New York, to Canada in 1974. Kirby studied drama at the National Theatre School of Canada, a theatre conservatory which focuses on classical works, and graduated in 2000.

Kirby has been performing since his teens after he was accepted at The National Theatre School of Canada. He graduated in May 2000 and after two auditions found himself working on two separate projects in major roles; the CBS/Alliance mini-series Haven and director Léa Pool's feature Lost and Delirious.

Soon after, Kirby performed the role of 'Morgan' in the Factory Theatre's production of Geometry in Venice in Toronto, a performance that garnered him a Best Actor nomination at the Dora Mavor Moore Awards. This was quickly followed by the role of 'Patroclus' in Theatre for a New Audience's production of Troilus and Cressida directed by Sir Peter Hall in New York City. In 2006, he gave a critically acclaimed performance in the Women's Project Theater production of Jump/Cut. Other theatre credits include Judith Thompson's premiere of Habitat at Canadian Stage followed by Daniel Brooks premiere of The Good Life at the Tarragon Theatre (both in Toronto). His latest theatre venture was in NYC where he performed the lead role in Defender of the Faith (Irish Repertory Theatre).

Kirby's first feature film was the role of Jim in Halloween: Resurrection. Other film credits include lead roles in Peter Wellington's feature Luck and Mambo Italiano directed by Émile Gaudreault. Mambo Italiano received a gala presentation at the 2003 Toronto International Film Festival to a standing ovation and earned Kirby a Canadian Comedy Award Nomination. Following on the success of Luck and Mambo Italiano, Kirby ended up with a part that was written for him in the feature film Shattered Glass produced by Cruise/Wagner. In 2007, he played the lead role of Ray Dokes opposite Rachael Leigh Cook and Keith Carradine in the Canadian feature All Hat. His latest film role is opposite Lindsay Lohan in a feature titled Labor Pains.

In television, one of Kirby's favourite roles was the critically acclaimed TMN/Showcase mini-series, Slings and Arrows, featuring some of Canada's top actors and directed by his friend Peter Wellington. Sex Traffic, a mini-series for Channel 4 and CBC that aired in the fall of 2004, had him working with one of Britain's top directors, David Yates, and earned him a Gemini nomination. That same year he received a second Gemini nomination for his guest starring role in the dramatic series The Eleventh Hour. In the fall of 2005, Kirby landed a role as a series regular in HBO's Tell Me You Love Me, directed by Patricia Rozema. The first season aired in HBO in September 2007. Most recently, he can be seen starring as Jimmy Burns in the critically acclaimed Canwest Global television series Cra$h & Burn.

He is represented by Kishwar Iqbal of Gary Goddard Agency in Canada and Gene Parseghian at Parseghian Planco and The Gersh Agency in NYC.