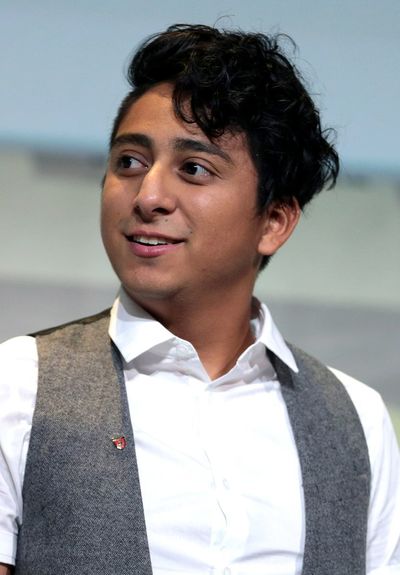 Anthony "Tony" Revolori (born April 28, 1996) is an American actor. He is best known for playing the role of Zero Moustafa in The Grand Budapest Hotel.

Revolori was born and raised in Anaheim, California. His parents, Sonia and Mario Quiñonez, are from Jutiapa, Guatemala. His father was an actor during his earlier years in Guatemala. Revolori's brother, Mario Revolori, is also an actor. "Revolori" is the surname of his paternal grandmother.

Revolori began his career as a child actor, getting his first role at age two, in a baby food commercial. His first major and notable role was Zero in The Grand Budapest Hotel. He was named one of the best actors under the age of twenty. In 2017 he will be playing Flash Thompson in Spider-Man: Homecoming.