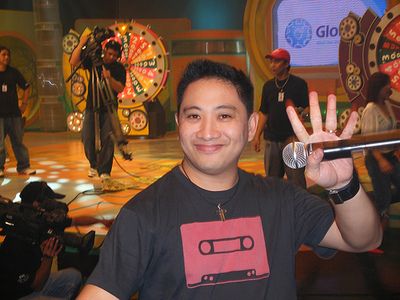 Beethoven was born on December 17, 1969 in Irosin, Sorsogon, Philippines. His father named him after German composer Ludwig van Beethoven, because his father saw a copy of Beethoven's LP in his boss's office and didn't know that "Beethoven" is a surname.

His nickname is not actually derived from his real name, as earlier speculated. It was taken from a TV character played by comedian Bentot. When Bentot guested in Iskul Bukol, then high school pupil Beethoven saw it. The next day, he was mimicking Bentot's voice in school. His classmates then called him Bitoy. The nickname stuck to this day.

In his younger days, he was a very hopeful boy. Spending his days in rooftops of a tenement housing where he lived for almost 20 years, he foresees himself making a difference any way he can.

He joined a lot of contests on TV. In one contest in Eat Bulaga, judge Ogie Alcasid turned him down. Later, Beethoven became a co-host of Eat Bulaga and Ogie Alcasid became one of his close friends and co-star in the long-running Bubble Gang and Tropang Trumpo.

During the popularity of Andrew E., the song "Humanap Ka Ng Panget" became a monster hit. The then unsigned Beethoven composed a reply song entitled "Maganda Ang Piliin (Ayoko Ng Panget)". At that time, OctoArts was then inviting Beethoven's female friend and rapping partner, Dianne, to submit a demo tape. In that demo tape, Beethoven's "Maganda Ang Piliin" was accidentally included. He and Dianne got individual recording contracts. Beethoven's song and its accompanying album became a hit.

This writer and actor has an academic degree in Mass Communications from the Pamantasan ng Lungsod ng Maynila. He finished his secondary education in Manila Science High School.

Bitoy is married to his non-showbiz wife Carol and has 4 children, namely Milo, Yanni, Migo, and Maypaul. His closest friends are Ogie Alcasid, Vic Sotto, Bayani Agbayani and the late Francis Magalona.