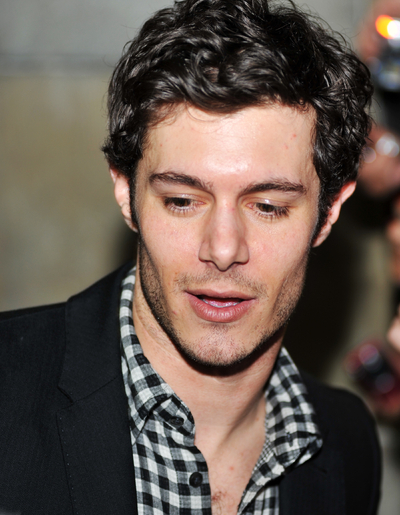 Adam Jared Brody (born December 15, 1979) is an American film and television actor and part-time musician. He began his career in 1995, appearing on Gilmore Girls as Dave Rygalski and other series, and subsequently came to fame for his role as Seth Cohen on The O.C. Brody later appeared in several film roles, including Mr. & Mrs. Smith,Thank You for Smoking, Jennifer's Body, In the Land of Women, Cop Out, and Scream 4.

Brody was born in Carlsbad, San Diego County, California, the oldest son of Valerie (née Siefman), a graphic artist, and Mark Brody, a lawyer. His parents, both Jewish, are originally from Detroit, Michigan (Brody had a Bar Mitzvah). He has younger twin brothers, Sean and Matt. Brody attended Wangenheim Middle School and Scripps Ranch High School, receiving "poor grades", and grew up in suburban San Diego, spending time surfing. He has said that while he was not a "Casanova", he had "cute girlfriends" and "pretty much lived at the beach". Brody attended community college for one year and dropped out at the age of nineteen, moving to Hollywood in order to become an actor. He subsequently hired an acting coach and signed with a manager.

After a year of training and auditioning, Brody landed the role of Barry Williams in the 2000 TV movie Growing Up Brady. He also was in the Canadian comedy television series The Sausage Factory. In 2001, he played a small role in American Pie 2, named as "high school guy". He was one of two high school guys who get chased away from Steve Stifler's party. He was cast in recurring roles on Gilmore Girls in 2002–2003 as Dave Rygalski, Lane's bandmate and love interest before his character left to go to California, or in this case, The O.C.. In 2003, Brody wrote "Home Security" (a short film), appeared in the feature film Grind and also in a music video of a song called "Too Bad About Your Girl" by The Donnas. Still in 2003, he began playing his most famous role to date, Seth Cohen, a slightly awkward teenager, on the television show The O.C.. Brody improvised some of the character's comic dialogue. The role turned him into a teen idol, with the character having been described by the Los Angeles Times as "TV's sexiest geek".

He dated The O.C. co-star Rachel Bilson for three years. The relationship ended in December 2006. He dated screenwriter Lorene Scafaria from 2010 to 2011. In February 2013, it was reported that Brody had been dating The Oranges co-star Leighton Meester "for weeks.", the relationship is still on.