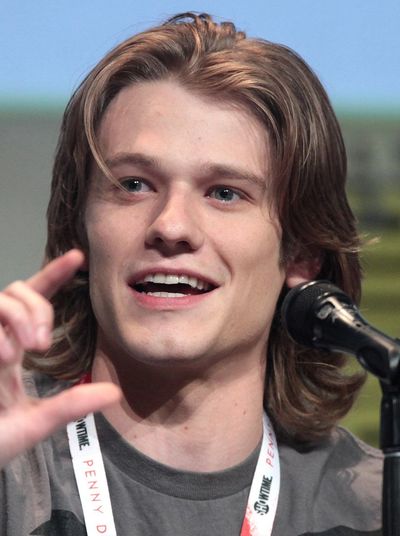 Lucas Daniel Till (born August 10, 1990) is an American film and television actor. He began acting in the early 2000s and has appeared in a number of film and television productions including roles on House, Stoker and Hannah Montana: The Movie. He is known for his role as Havok in the X-Men film series starting with 2011 X-Men: First Class and plays Angus MacGyver in the television reboot of MacGyver, which premiered in September 2016.

Lucas Daniel Till was born August 10, 1990 in Fort Hood, Texas, United States, the son of Dana Lyn (née Brady) and John Mark Till, a lieutenant colonel in the Army. Till spent most of his childhood living in the suburbs of Atlanta, Georgia. He attended Kell High School. After filming for The Hannah Montana Movie in Savannah, Till went back home to graduate with the Kell High School class of 2008. After graduation, he moved to Los Angeles, California to continue his acting career.

Early in his life, Till’s parents became aware of his ability to imitate voices and characters. Joy Pervis discovered Till while he was attending a local acting class that his mother had enrolled him in. When he was 10, he started doing commercials as well as appearing in print. At the age of 12, he was cast in The Adventures of Ociee Nash in which he played Harry Vanderbilt, the bully of the main character In 2004 Till played the part of Jay in the feature film Lightning Bug which filmed in Fairview, Alabama. His first major movie role was Jack Cash, the older brother of Johnny Cash, who died in a sawmill accident, in the biographical movie Walk the Line. After Walk the Line, Till was featured in a number of independent movies and films for Lifetime Television. In 2008, Till auditioned for Hannah Montana: The Movie starring Miley Cyrus and he landed the role of Travis Brody. In an interview, Till said that prior to filming he had actually never ridden a horse before. Till further stated that he does not have any current plans for another Disney movie. He worked alongside action film actor Jackie Chan in the movie The Spy Next Door, in which Till plays the role of a Russian spy. He also starred in Taylor Swift's music video "You Belong with Me". He was in an episode of House, and on Leo Little's Big Show along with Emily Osment.

In 2008, Till starred as Jensen in Gregg Bishop's horror-comedy Dance of the Dead which was hand-picked by director Sam Raimi for distribution through Lions Gate Entertainment and Ghost House Pictures.

Till played Havok in the X-Men spin-off X-Men: First Class (2011), directed by Matthew Vaughn. He subsequently starred in the independent movie All Superheroes Must Die (2013), and later returned as Havok in the sequels X-Men: Days of Future Past (2014) and X-Men: Apocalypse (2016).

In 2016, he began starring as Angus MacGyver in the television reboot MacGyver, and played the lead role, Tripp, in the live-action/CGI film Monster Trucks, directed by Blue Sky Studios founder Chris Wedge.