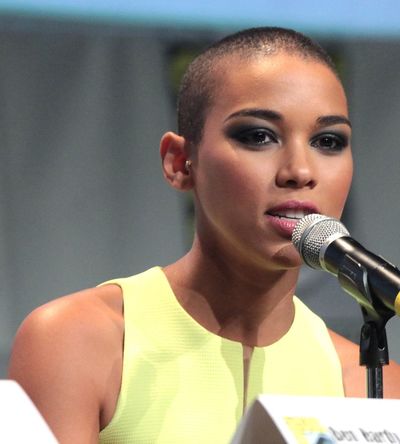 Alexandra Shipp (born July 16, 1991) is an American actress, known for her roles on the TV series House of Anubis, as the title role in the biographical television film Aaliyah: The Princess of R&B, and in films such Alvin and the Chipmunks: The Squeakquel, Switched at Birth and Drumline: A New Beat. and as young Storm in the 2016 superhero film X-Men: Apocalypse.

Alexandra Shipp was raised in Phoenix, Arizona. Her father is African-American and her mother is white. She acted in plays from a young age and met her manager at 14. Her first audition was for Nickelodeon. Shipp moved to Los Angeles at the age of 17 to pursue an acting career.