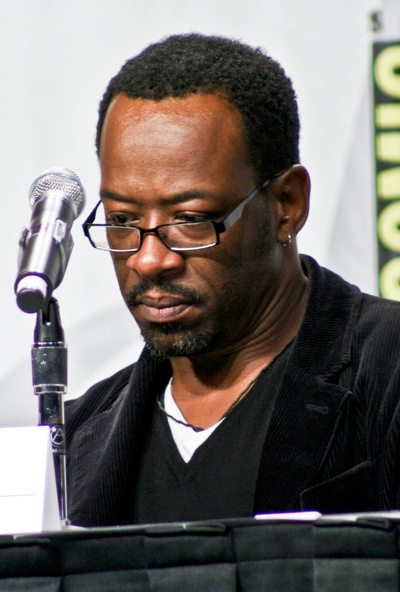 James was born in Nottingham, Nottinghamshire. His Afro-Trinidadian parents originate from Trinidad & Tobago. He lived in South London and went to school at Ernest Bevin College.

James graduated from the Guildhall School of Music and Drama in 1988. He has appeared in over 20 films, including Les Misérables (1998), Snatch (2000), 24 Hour Party People (2002), Sahara (2005), and Outlaw (2007). He wrote the play The Sons of Charlie Paora, which was performed at London's Royal Court Theatre. James appeared in the short-lived Channel 4 prison drama Buried. He appeared in the BBC terrorism drama The State Within, the BBC spy drama Spooks, and starred as Robert Hawkins in the CBS post-apocalyptic drama series Jericho.

James appeared in a 2008 Channel 4 television drama, Fallout, playing the role of a detective alongside another detective solving a teen-related murder. He also appeared in an episode of Lie to Me. In the AMC/ITV miniseries The Prisoner, aired in November 2009. He appeared in HBO's comedy series Hungas a pimp. In 2010, he guest starred as Morgan Jones in the pilot episode of AMC series The Walking Dead, titled "Days Gone Bye".

James appeared in episodes of Human Target as the assassin Baptiste. He starred in the 2010 film Tic. He also appeared in the 2011 action film Colombiana and the 2012 sci-fi film Lockout. In 2012, he starred as DCI Tony Gates in BBC Two's Line of Duty. In 2013, he reprised his role as Morgan Jones in an episode of the third season of The Walking Dead titled "Clear" and it has been confirmed that he will also appear in the fourth season. He also starred in an episode of Frost.

James has three daughters and one son with Giselle Glasman, his longtime partner: Romy, Celine, and Georgia. He is the main cook for his family, and has professed a fondness for Caribbean cuisine. He is a fan of Tottenham Hotspur.