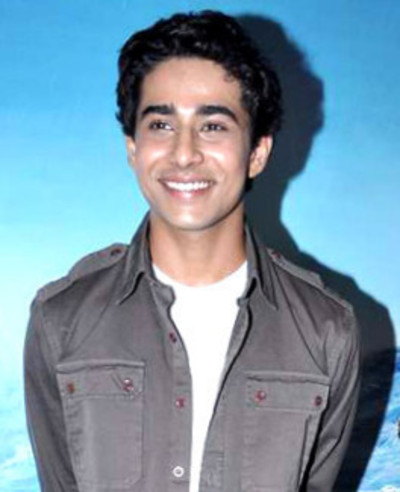 Suraj Sharma (born 21 March 1993 in New Delhi, India) is an Indian actor, who made his debut with the title role in the 2012 film Life of Pi. Directed by Ang Lee, Life of Pi was adapted from the novel of the same name.

Suraj Sharma was born in New Delhi into a Malayali family which originally hails from Thalassery, Kerala, India. His father is a software engineer from Thalassery, and his mother is an economist from Palakkad, also in Kerala. He has completed schooling from Sardar Patel Vidyalaya, where he was described as a popular student. Before the role, he had no acting experience. He auditioned only because he was there with his younger brother, Sriharsh Sharma, who requested he attend. He was one of the 3,000 actors to audition for the role of Piscine Molitor Patel (Pi). Sharma went through several rounds of auditions before winning the part. Director Ang Lee has stated that he selected Sharma primarily based on his expressive eyes and innocent appearance. According to him, Sharma had not only the emotion, but also the "look" of Pi. His "medium complexion" and "average build" were deemed perfect for the role.

Since filming Life of Pi, Sharma returned to studying philosophy at St. Stephen's College, Delhi of Delhi University, albeit for a year. He intends to continue working in filmmaking in some capacity and has recently enrolled into New York University under a Mass Communication course. The movie has received critical acclaim and positive reviews for Sharma's performance.

Sharma has received a Las Vegas Film Critics Society Award for Youth in Film for his role of Pi in his debut film "Life of Pi". He has received eight nominations and has won two awards.