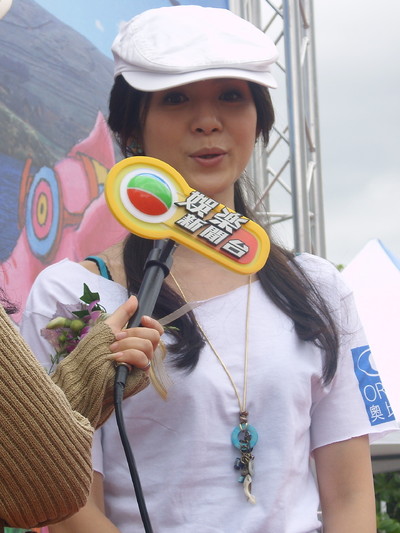 Charlie Young, sometimes spelled Charlie Yeung, is a Chinese film actress and singer. She was first noticed after appearing in a jewellery commercial with Aaron Kwok. Since then she has participated in the music videos of artists such as Hacken Lee, Takeshi Kaneshiro and Jacky Cheung and made a number of films, most famously with Tsui Hark (The Lovers, Love in the Time of Twilight, Seven Swords) and Wong Kar-wai (Ashes of Time, Fallen Angels).

She retired at the height of her career in 1997, but has since returned in 2004 in New Police Story.

In 1992, she was signed on to be a singer with EMI (Hong Kong). After releasing a couple of albums with some success (she won the TVB Jade Solid Gold (1993)'s Gold Award of "The Best New Female Singer"), she made her feature-film debut in Wong Kar-wai's arthouse martial arts film Ashes of Time alongside superstars such as Leslie Cheung, Tony Leung Chiu-Wai and Brigitte Lin.

In 1994, she made her first collaboration with director Tsui Hark in the film The Lovers (梁祝), a Chinese classical tale about the Butterfly Lovers. Yeung was cast as the female lead, Zhu Yingtai opposite Nicky Wu's Liang Shanbo. Her performance received widespread critical acclaim, rising Yeung to stardom. The film today has been hailed as Yeung's most representative work to date.

Between 1994 to 1997, she was arguably the most popular artist in Hong Kong, with her charming face appearing everywhere from magazines and posters to advertisements and movies.

At the height of her popularity in 1997, however, she called it quits and retired from the industry to start an image consultant business with her Singaporean lawyer-boyfriend in Malaysia.

In 2004, after a failed relationship and business, she made her comeback as the lead actress in Jackie Chan's New Police Story. Following that, she collaborated once again with Tsui Harkin the martial arts movie Seven Swords and starred alongside Andy Lau in the love movie All About Love. She later co-starred in the film After This Our Exile opposite Aaron Kwok. She has made plans to appear in a sequel to Seven Swords. She also played the deaf love interest to Nicolas Cage in Bangkok Dangerous.